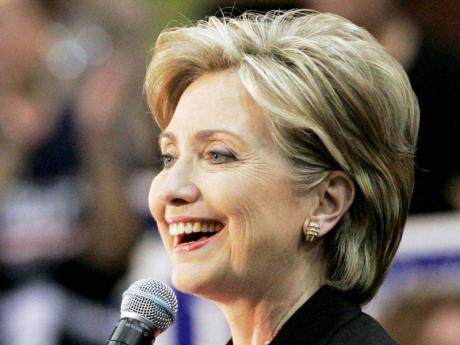 The need for women's participation in the economic lives of their countries was a thread that ran through every discussion at the 2012 Summit of the Americas, according to Melanne Verveer, ambassador-at-large for global women's issues at the US State Department.

This took place at the April 14 meeting in Cartagena, Colombia, of 34 regional leaders representing the nations of the Western Hemisphere, which was the sixth since 1994.

Although Latin American countries have made a good deal of overall progress, women have yet to enjoy full inclusion in the economies of their homelands, Verveer said at an April 25 symposium in Washington hosted by the Center for Strategic and International Studies.

Studies by independent organisations, such as the World Economic Forum, show that countries become more prosperous when women are active participants in the economy, Verveer said. Small and mid-sized businesses run by women have been shown to help accelerate the growth of gross national product. Moreover, women on average pump some 90 per cent of their earnings back into their communities and families.

Secretary of State Hillary Rodham Clinton, who attended the summit, provided "a very significant deliverable," Verveer said, when she announced the Women's Entrepreneurship in the Americas Initiative. This public-private partnership will address three significant barriers that women face: access to training and professional networks, access to markets, and access to capital and other financial services.

Verveer lauded the participation in this effort of WEConnect International, a corporate-led non-profit that helps women business owners access global markets. And since access to credit is especially difficult for women, she said, the Inter-American Development Bank, the largest source of development financing for Latin America and the Caribbean, will be working with commercial banks in the region to help resolve this problem.

But for all these efforts to succeed, Verveer said, countries must adopt good policies to ensure women have equal economic opportunities. "In many an area, discriminatory laws and practices have to be dealt with," she said. "No country can get ahead if it leaves half of its people behind." She said women must participate at all levels of society in resolving the challenges that face every nation.

Despite the obstacles that remain, women's progress in Latin America is impressive, Verveer said. Maternal health has improved, more girls are attending school and completing their education, and more women are participating in politics and five countries in the region now have female presidents.

In summing up the 2012 Summit of the Americas, Verveer said she saw "an evolution in stronger leadership" and a greater sense that further economic growth depends on collaboration and partnerships.

"I found it frankly refreshing in a region that is known for machismo to have the issues of women's progress recognised as very central to many of the discussions that were going on," Verveer said.