No evaluation on LNG bids - Zacca 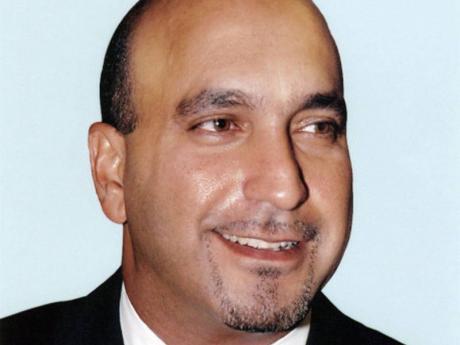 Chris Zacca: There has never been a two-year delay in the implementation of the LNG project.

Christopher Zacca, chairman of the Government's LNG (liquefied natural gas) steering committee, has sought to clarify what he calls misleading information which was published in The Sunday Gleaner yesterday.

Zacca said information presented in the article that there was a two-year delay in implementing the project could affect the process of the committee's plan to diversify the energy mix and bring cheaper energy for customers.

"There has never been a two-year delay in the implementation of the LNG project. This is completely false and dangerously misleading. Even if Jamaica had LNG supply and an LNG infrastructure today, there would be no major customer to buy it," Zacca said.

The Jamaican Government is moving to implement the use of LNG as a fuel of choice. It will replace crude oil and is expected to significantly lower the country's energy cost.

In his media release yesterday, Zacca said "electricity rates will not benefit materially from cheaper energy until the new 360-megawatt power plant is commissioned and the earliest time that this will happen is the end of December 2014".

"The timeline for the start-up of this new power plant has not been affected in any way by the decision to retender the LNG infrastructure following the OCG report in 2011," he said.

"The new LNG steering committee has worked very closely with its international advisers to bring all aspects of the project into proper alignment so that there will be LNG delivered to Jamaica, with customers signing letters of undertaking to purchase the natural gas concurrently with the start-up of the LNG infrastructure," Zacca said.

He noted that several months after the formation of the new LNG steering committee, based on a May 2011 report from the Office of the Contractor General, the former government aborted the previous tender for the LNG floating storage and regasification unit and pipeline distribution system due to the many documented violations of the Government of Jamaica Procurement Guidelines and international bidding standards.

"The DPP ruling referred to in the Gleaner article only pertained to the potential for filing criminal charges and does not in any way negate the seriousness of these violations of the former tender process," Zacca noted.

In the meantime, the LNG steering committee has described as encouraging the receipt of three bids from what it calls "world-class international companies" in response to the RFP for the LNG floating storage and regasification terminal.

Zacca said the evaluation process has not yet begun.

"Until this evaluation process is completed and all required approvals are received from the Government, it would be very improper and imprudent to comment on the process or rush to judgement on the confidential information contained in the bid submissions."

"In particular, for any person to suggest that a particular bidder will come out on top at this stage represents an improper attempt to influence the process," Zacca said.