A beacon of hope for East St Thomas 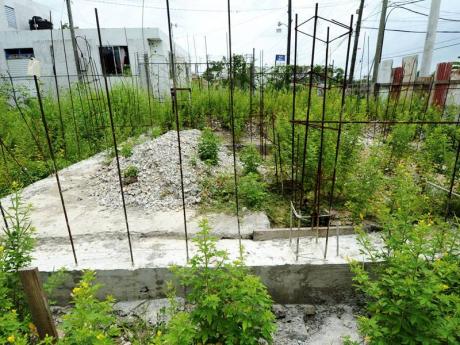 The site of the Golden Grove Post Office in Eastern St Thomas. The construction to date has been funded by the Constituency Development Fund, and is to be continued under the Jamaica Emergency Employment Programme. - Ian Allen/Photographer 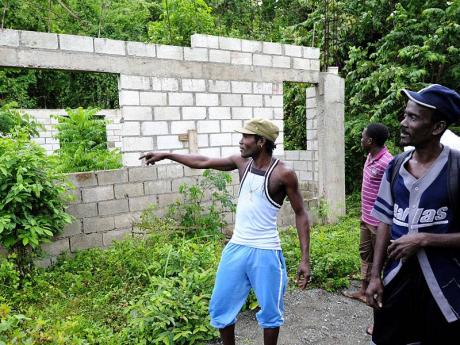 This unfinished building at Cheswick in East St Thomas was earmarked by Member of Parliament Dr Fenton Ferguson to be completed under the Jamaica Emergency Employment Programme (JEEP). The building is to house a community centre. Ferguson has dropped it from the list of projects to be undertaken in the first phase of JEEP. - photos by Ian Allen/Photographer
1
2

THE FULFILMENT of the promise of jobs and infrastructure development under the Jamaica Emergency Employment Programme (JEEP) is eagerly anticipated in sections of East St Thomas.

Member of Parliament Dr Fenton Ferguson has submitted 11 projects to be considered for implementation in his constituency.

With each MP allocated $10 million for works in their constituency, the projects submitted by Ferguson have overshot the limit by nearly $400,000, meaning he has had to scale back on his plans.

Among the projects initially put forward for consideration and implementation are a post office at Golden Grove and a community centre for Cheswick.

Residents in both communities say the projects are desperately needed, but were not overly optimistic that they would be delivered.

"That was an election promise. The election come and gone, so that project won't pass there," one woman told The Gleaner in Golden Grove as the news team stopped at the site for the post office.

Steel protrudes from the ground, and the concrete foundation of the post-office building stands out as signs of intent to deliver the project.

But the vegetation smothering the building tells the story of a worksite that has been out of action for some time.

Ferguson told The Gleaner that the construction of the post office was stopped by the parish council.

"It was being done from CDF through the National Works Agency," he said.

Hanif Brown, former mayor of Morant Bay, told The Gleaner "the NWA (National Works Agency) was the implementing agency and they didn't even consult with the parish council".

"We recognise that the post office has to be built ... because the place where it is now housed is not the most convenient. The workers have to work under trying circumstances in a makeshift situation," Brown said.

The post-office project is estimated in JEEP documents to cost $1.5 million, and it was not immediately clear up to press time yesterday if the cost has changed.

In the meantime, residents said it is important that the post office be delivered. Christopher, who is unemployed, said not only will the project provide jobs during the construction phase, but it will allow staff and customers of the post office to enjoy a better environment.

"We want the post office and we want the jobs that will come through its construction. But those jobs will only last for four or six months, we need something sustainable for the youths," Christopher said.

The Golden Grove Police Station has temporarily housed the facility for more than one year.

"It is the recreation hall that is being used, and that is the area we use for our little recreational activities," one resident told The Gleaner.

But while Golden Grove project appears set to be undertaken under JEEP, the community centre at Cheswick has been offloaded.

"We had looked at a menu of projects to be considered under JEEP. I finally signed off with the National Works Agency a couple days ago," the MP told The Gleaner subsequent to our news team's visit to the community.

"In the final projects selected, Cheswick centre was not among them. This project started many years ago, as a Labour Day project. Last year, it was brought back on the agenda for Labour Day and some additional work was done thereafter. It is my intention to continue it for Labour Day 2012," Ferguson added.

But the community centre can't come too soon for the residents of Cheswick. One woman said the community was originally told the building would have been used for a basic school.

"When mi pregnant, I said my baby would go there. Now my daughter is 19 years old and still no basic school."

The structure sits at the end of a rugged playing field covered in overgrown vegetation.

"When election, dem put up some more blocks on it; is about 20 years since dem a build it," the resident said.

The building, which is being webbed in by wild guava trees, has reached lintel height and is at the stage where it can be 'cast'. Some residents say it only got to that stage after Ferguson commissioned work on it ahead of the December 2011 general election.

Antonio Rose, 47, said he was among a group of residents who were instrumental in getting the community centre started.

"It would provide jobs, both in the construction phase and if they have a little basic school, it could create jobs for teacher and caretaker," Rose said.

According to Rose, completion of the community centre would help to ease tension created by unemployment and the feeling of hopelessness in the neighbourhood.

"You would not find so much frustration if people would have an outlet. Nothing is going on: no development, no jobs. We need something to happen for us in this district," he said.