LETTER OF THE DAY - Less-than-praiseworthy approach by cops 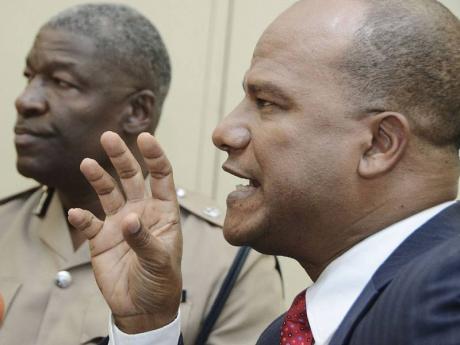 I must support the substance of the Rev Devon Dick's column 'Babylon police' published on Thursday, April 26. While I admire many of the policemen and women in Jamaica, I have to say that many members let the force down.

I have been fortunate that my interactions with the police force have generally been quite cordial, but I have seen and heard from credible sources how other persons have been treated. I would say that court decisions against the police force and the settlements that have to be entered into on behalf of the State can attest to this point.

The late 'Motty' Perkins often spoke about the house slave-field slave approach in how some Jamaicans treat other Jamaicans. It is regrettable how this can manifest itself in how some members of the police force treat Jamaicans regarded by them as being of no account.

National Security Minister Peter Bunting and Commissioner Owen Ellington can talk until they are blue in the face about the need to cooperate with the force. It will not happen while so many Jamaicans have cause to regard the police force with fear and loathing.

There are great members, there are good members, and there are members who are vile and disgusting, but even apparently good members can sometimes act in less-than-praiseworthy ways. And how can the good act to improve things be effective when there is a strong risk that the member to whom they, mistakenly, report wrongdoings turns out to be not so good?