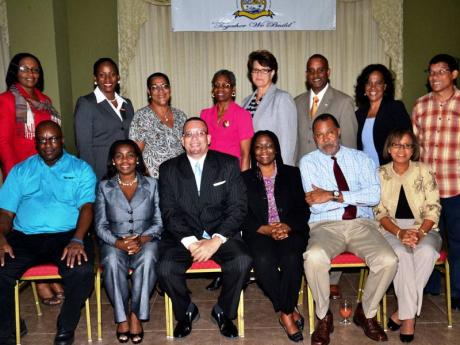 BUSINESSMAN DAVON Crump, the regional manager for Chas E. Ramson in western Jamaica, was last Wednesday returned unopposed as president of the Montego Bay Chamber of Commerce and Industry at the organisation's annual general meeting at The Wexford Court Hotel, in Montego Bay.

In expressing gratitude for the faith placed in his leadership by affiliates of the chamber, Crump re-committed himself to giving good service to the chamber, as well as to throw his full weight behind tackling issues affecting the western city.

"Our continued work to remain relevant will see us venturing into previously unchartered territory," Crump said. "These include encouraging a greater involvement from the large number of Chinese merchants operating in the city, engaging our political and civic stakeholders to clean up downtown Montego Bay, and seeking to restore the town's status as a cruise ship destination."

The chamber president also noted that he intends to play a lead role in addressing contentious issues such as street vending and traffic management, which are key factors to be addressed in creating a suitable environment for the region's most popular tourist resort.

The top leadership of the team that Crump will lead in his quest to achieve his mandate are Gloria Henry of the Montego Bay Free Zone - first vice-president; Marcus McKenzie of Tank-Weld Metals - second vice-president; Fagan Calvert of Deloitte and Touche - third vice-president.