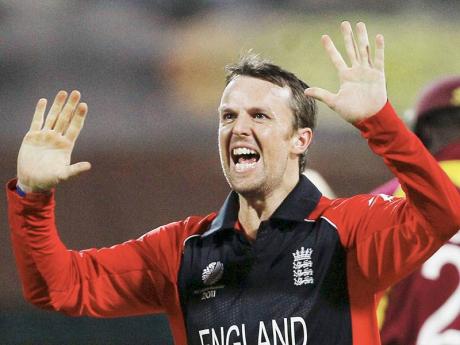 Off-spinner Graeme Swann believes the chilly spring weather will hand England the advantage in the upcoming series against West Indies but said he remained wary over the Caribbean side's ability to spring surprises.

West Indies are set to arrive in England next Wednesday for three Tests, three one-day Internationals and a single Twenty20.

"The great thing for us is the time of the year we are playing, which should suit our bowlers," said Swann.

"We've shown we can be lethal, with our seam attack, at the start of the summer."

On their last tour of England three years ago, West Indies struggled in the cold, blustery weather and suffered heavy defeats in both Tests which were staged in May.

The first match at Lord's was over in three days as West Indies plunged to a 10-wicket loss, while the second match at Chester-le-street went the distance, but the Windies followed on and lost by an innings and 83 runs.

Rain and low temperatures have already been the feature of the early stages of the new county season, which bowled off earlier this month.

Swann, however, acknowledged that the Windies could not be taken for granted as they possessed a few quality players.

"They are always a bit mercurial. You never know what you're going to get," Swann pointed out.

"They have one of the best fast bowlers in the world in Kemar Roach. I always enjoy playing against the West Indies. I think it is going to be a great series."

England will be looking to take out the frustration on West Indies after struggling in recent Test series. Earlier this year, they were whitewashed 3-0 by Pakistan in the United Arab Emirates and had to come from behind to force a 1-1 draw with Sri Lanka in a two-match rubber on the Asian subcontinent.