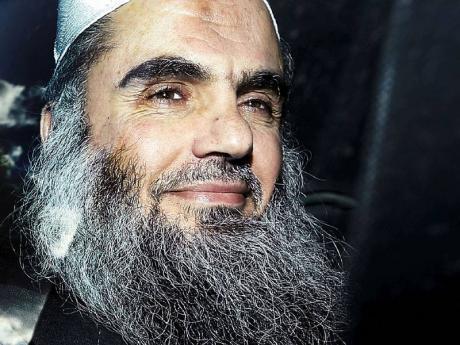 For more than 20 years I've advocated the abolition of Privy Council appeals and for the Caribbean Court of Justice (CCJ) as a transitional final appeal court until a Jamaican third-tier court is established.

I've suffered much abuse for this and been told all sorts of nonsense in support of the position that we abdicate our responsibilities as an independent nation, including that our court system is 'ramshackle'; our judges are corruptible; and from the Privy Council flows the only 'pure stream of justice'. So, in defence of independence, this is the true story of Abu Qatada.

In 1993, Omar Mahmoud Othman, a Jordanian, entered the United Kingdom (UK) on a forged United Emirates passport. Alleging torture by Jordanian authorities, he sought political asylum. He succeeded in 1994; changed his name to Abu Qatada; and became a radical Muslim cleric.

His alleged preachings to the UK's growing Muslim community included:

(1994) calling on British Muslims to martyr themselves in a holy war on oppression;

(1999) calling for the killing of Jews and praising attacks on Americans.

Also, in 1999, in Jordan, he was convicted, in absentia, of two terrorist conspiracies. In 2002, the British detained him under the Anti-Terrorism Act. In 2005, after that act was repealed, he was released on bail but subject to a control order under the Prevention of Terrorism Act. The sovereign state of the UK then started deportation proceedings. His appeals against deportation (claiming that he'd be tortured or evidence against him would be procured by torture) were dismissed by the Special Immigration Appeals Commission and House of Lords.

It appears the evidence against him is compelling. A Spanish judge described him as "spiritual head of the mujahideen in Britain"; another called him "Osama bin Laden's right-hand man in Europe". The law lords dismissed his appeal, finding:

(a) he'd be protected from torture; and

(b) the risk of evidence obtained by torture being used in the Jordanian criminal proceedings wouldn't amount to a flagrant denial of justice.

Allegations of torture and confessions being obtained by duress abound in all countries, including so-called democracies. Trials are held to sort out just these types of allegations.

His UK appeals exhausted, Qatada appealed to the European Court of Human Rights (ECHR) under the European Convention (EC). This court overturned the House of Lords' decision in January 2012, stating that the cleric could still be a victim of injustice if deported.

In February 2012, Qatada again successfully applied for bail. The conditions of bail, the most stringent ever imposed by a British court, included a curfew; tracking bracelet; denial of computers and telephones; visits only by, and communication only with, people approved in advance.

All this will cost British taxpayers millions of pounds at a time of severe austerity. Britain must provide a house and up to £1,000 a month in welfare benefits for a man whose own defence team now acknowledges is very dangerous and who expresses hatred for Britain and everyone who isn't Muslim. During the Queen's Jubilee and the Olympic Games, Britain must host a man it considers a dangerous terrorist. Britain's only options are to pressure Jordan to assure the ECHR that Abu Qatada will get a fair trial or ignore the ECHR's ruling and deport Qatada regardless.

This has caused a British furore. Tory MP Peter Bone said: "It cannot be right that a sovereign nation has someone who they think is an extremely dangerous individual who cannot possibly be allowed to stay in the country just because of the risk of his human rights. What about the human rights of all our citizens - our men, women and children?"

It's nice to know the same knife stick sheep still stick goat. Finally, England has a taste of how Jamaica must feel (or should feel). Every time the Privy Council overturns our appeal court, it not only dictates and reinvents our laws, it also encroaches on our public policy decision-making. When the Privy Council rejects capital punishment at every opportunity because of "human rights concerns", doesn't it ignore the victims' human rights and Jamaica's sovereign right to legislate capital punishment?

Jamaica's options are identical to Britain's vis-à-vis the ECHR, plus one. We have the inalienable right to abolish appeals to any foreign court and to chart our own legal future. We, too, celebrate an important sovereignty anniversary this year. Is this an appropriate time? If not now, when?