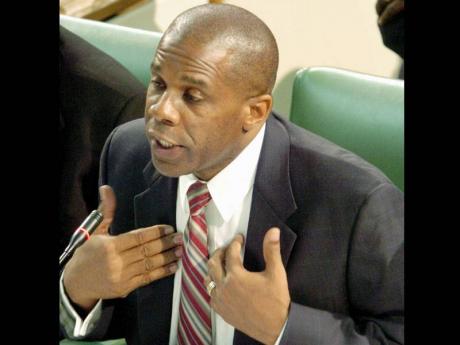 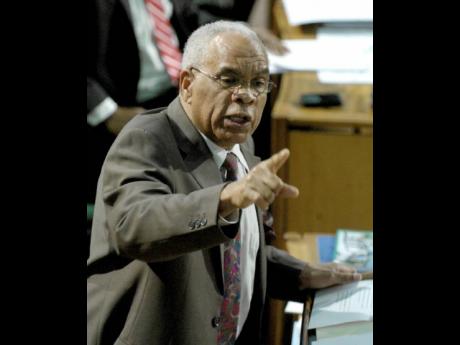 When the law is a shackle - Chris Tufton (Sunday, April 29)

This objection to the establishment of a panel to monitor the actions of the Government in relation to things the OCG could find objectionable or in violation of the law seems strange to me. Why anyone would be against that is beyond my comprehension.

This in no way infringes on the authority of the OCG to do its job. As a matter of fact, it is likely to assist the OCG in accessing vital information in a timely manner. I fail to see in what way this monitoring group will obstruct or usurp the powers of the OCG.

Only in Jamaica will you find a government undertaking major projects without dotting every 'i' and crossing every 't'. Now you know why corruption is so prevalent in the country and why the people will never prosper.

Don't assume that the jobs which may be created from these projects will go to Jamaicans!

You don't change laws because you do not like them. This is a very dangerous precedent. If you go down this road, there will be no coming back.

There ought to be a certain amount of compromise between the Government and the OCG, or else red tape will stymie many, many important projects.

For me, the zeal of the OCG is relative to the zeal politicians have displayed in squandering the resources of this country. If he is overzealous, it is because persons have been overzealous in their rapacity.

Now the question is: How do you square the charge of overzealousness with what happened, e.g., with JDIP? It seems to me that 'overzealousness' should have prevented that.

When you are trying to remove barnacles from the hull of a decaying ship, you can't use a nail file!

The graft mentality (barnacles) which has pervaded the transmission of government business has fermented into virtually acceptable practice among even duly elected officials. The practice has been entrenched and has consumed even the most well-intentioned.

The OCG has a gargantuan task to remove those 'barnacles'. Bottom line: All the OCG insists on is info. All involved in these projects, including investors, should know, as a matter of protocol, what is entailed and be prepared.

There are two pertinent points for consideration.

Second, it is bad policy to side-step the contractor general. This is not a national emergency.

If allowed, this creates a wrong precedent. In the future, Davies and his Cabinet colleagues may ignore procedures and policies for other projects. And there is recent history to prove it. Remember, Operation PRIDE, when processes and procedures were ignored in the interest of expediency. There were huge cost overruns, shoddy work and fraud allegations.

So, let us think deeply on the consequences of ignoring the contractor general rather than following expediency.

I believe that the Parliament needs to get together and amend the OCG Act if necessary. I cannot understand how an entire country can stand and be held at ransom by someone's perceived powers, in this case the OCG!.

Cabinet is the highest decision-making body in the country, and I have seen where the CG has challenged the previous Cabinet and is challenging this one. The parliamentarians were elected to lead and to act in the best interest of the country, and I do not understand why the Parliament cannot rein in the CG, because I am sure that 'public hype' was not part of his remit.

If Government uses people of competence to expedite contractual arrangements, we ought to 'RUN WID IT'. After all, no company keen on investing is going to wait on a moribund bureaucracy to sign off on time-sensitive decisions.

This is not about cutting out the OCG. In fact, the CG's job is likely to become easier.

I agree that there is an urgent need for the projects to get going. But I can't help but notice the silence of the so-called Civil Society Coalition.

I am willing to wager that if this was done by the previous administration, they would be out on the airwaves long time bellowing about the Government breaching the laws. The Gavel would be doing the same.