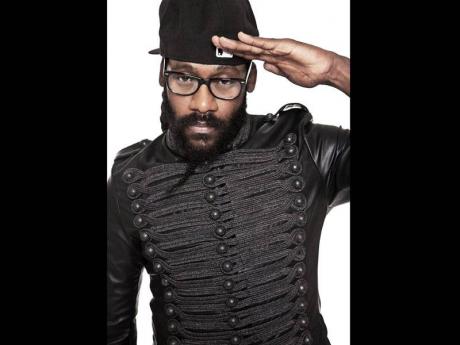 International reggae singer Tarrus Riley's current tour of Europe has moved into high gear. The tour kicked off on April 16.

Riley and his Blak Soil band are touring in support of Riley's recently released acoustic album Mecoustic. The album was released in Europe by Soul Beats Records.

In a release to the media, Riley gave an update on how the tour has been progressing.

"The tour has been going great so far. I have been doing a lot of acoustic sessions and promotional appearances for the Mecoustic album. We have more than 20 shows remaining to be done within the next 25 days across Europe," said Riley.

Riley described the fans' response to the music and the message as overwhelming.

"It has been very nice. We are seeing more and more fans coming out to enjoy the music and absorb the message. Every show has so far been special in their own way", Riley explained.

Riley's performances have so far included the Festival Des Artefacts in Strasbourg, France; and the Festsaal Kreuzberg in Berlin, Germany.

Europe has always been a special place for Riley.

"I enjoy seeing the response that the music has on the people, especially the songs that I never expected to be so popular", he confided.

Among the songs from Riley's catalogue that have been embraced by music lovers in Europe are Never Leave I Jah Jah, Come Ova, Superman, and the collaborative effort Good Girl Gone Bad (which features Konshens). The single Paradise, which is featured on the Mecoustic album, is also another one of the favourites among European fans.

Riley hopes to broaden his fan base on this current outing.

"From this experience, I want to widen the Tarrus Riley fan base, attract new fans, and to successfully promote my album and reggae music," Riley added.

Riley's tour has so far snaked its way through the Netherlands, France, Germany, Belgium and Sweden. It is scheduled to wrap on May 13 in Lille, France.