Another beach in the city 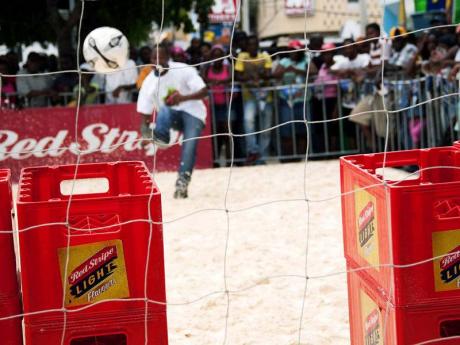 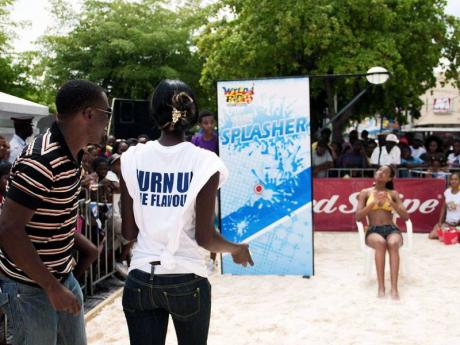 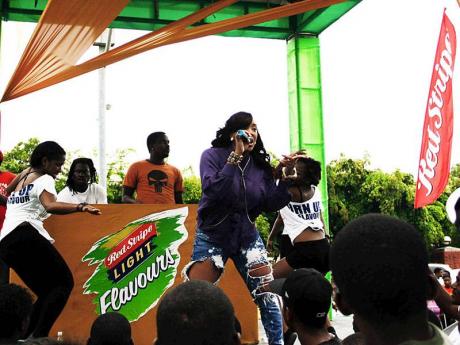 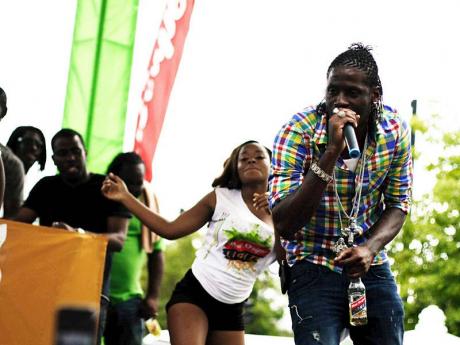 Red Stripe redecorates downtown Kingston for party on the sand

The scene is downtown Kingston, just in front of The Ward Theatre, but something is different.

A large crowd is being entertained not only with lively dancehall music, but by the Red Stripe girls, who are either serving patrons in the bar, or playing on the 'City Beach', a sand pit placed directly in front of the theatre.

The bar is full. Exploring the lime, ginger and apple flavours, the crowd dances along to the hits ZJ Liquid plays. He keeps the crowd rocking to songs like Affairs of the Heart by Damian 'Jr Gong' Marley, and Come Into My Room by Mavado and Stacious.

Men also indulge in some 'beach football' on the sand, with beer crates as goalposts.

Another game going on at the same time is called The Splasher. In this game, water-filled balloons are placed above a girl and contestants throw tennis balls, one of which should cause the balloon to burst, soaking the girl beneath it. This proves to be a crowd favourite and winners receive buckets with the different flavours on the Red Stripe Light line.

The dancing competitions and hit selections keep the crowd busy because there is more to come.

Tifa joins the fun, winning over the crowd's attention with her single Dash Out, before adding songs like Body Good, Matey Wine, and Wedding Chapel.

She also introduces a few new songs, including Wife Me Up, Niceness, and So Sick. She ends her set with Swaggin and Spell It Out.

The JOP strongman wastes no time with the Red Stripe girls on stage, and the fans enjoy his performance.