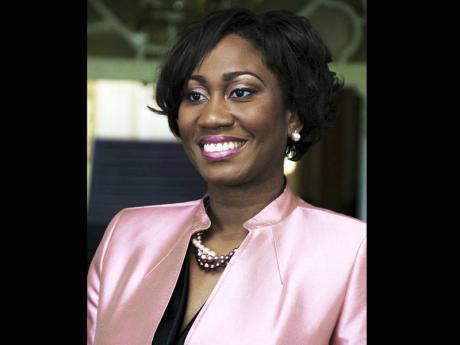 EVEN WITH an improvement in the number of persons coming forward to report cases of sexual abuse against the nation's children, the woman with the oversight task for protecting Jamaica's youth says much more needs to be done to cramp the incidence  of child abuse.

As the traditional observation of Child Month kicks in today, the question of how we can protect the nation's children, at a time when issues of child neglect and child abuse stand out like a sore thumb, remains the priority issue for Diahann Gordon Harrison, the children's advocate.

According to Gordon Harrison, while there is general outrage from well-thinking members of the society against child abuse, there remains a worrying level of callousness from some in how they deal with the reprehensible act.

"When you personalise it to a community response - you may find for example, because of the characterisation of that community, they have this kind of outlook that 'it's just a little sex, she's lucky she wasn't killed' - that very callous kind of consideration that's meted out towards victims," the children's advocate stated.

Gordon Harrison said her office would be carrying out a vibrant public-education exercise, calling out to persons who interface with children on a regular basis and highlight to them their obligation under the law, to report not only incidences of sexual abuse against children but suspected cases.

Already, the Office of the Children's Advocate has been taking its message to the public through the electronic media.

"We are trying to just continue with those messages and hopefully with the repetition of the messages and the consistency of the messages through the media, workshops, seminars, one-and-one meetings, we hope that we can have a shift in the culture - 'it's not my business, I am not going to say anything kind of syndrome that is killing us'."