Why we should avoid CARICOM 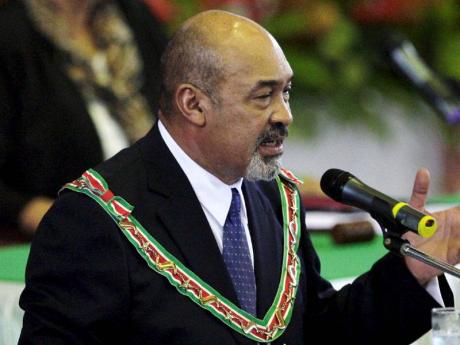 I read The Gleaner's editorial titled 'Missing the point on CARICOM's relevance' on Thursday, April 26, 2012 and can think of at least one reason why we need to keep far from CARICOM - the choice of the current chairman, Desi Bouterse.

Readers will recall that in what is now recognised as an infamous period, on December 8, 1982, the military, under his leadership, rounded up several prominent citizens who were accused of plotting against the government and executed them during the night.

They have been on trial in Suriname for this act since 2007, but the case has been dragged on for various reasons. However, according to an editorial in The Times of Suriname, on April 5, 2012, the government (headed by Bouterse) passed an amnesty law giving immunity to persons who committed human-rights violations between April 1, 1980 and August 19, 1992.

The United Nations Committee on Human Rights has, naturally, objected to this legislation, but, interestingly, our CARICOM leaders have not only been silent on the issue but have Bouterse as their chairman.

The late 'Motty' Perkins used to say, "If robbers had the power, stealing would not be a crime." I say no more.