A merry time in Maryland 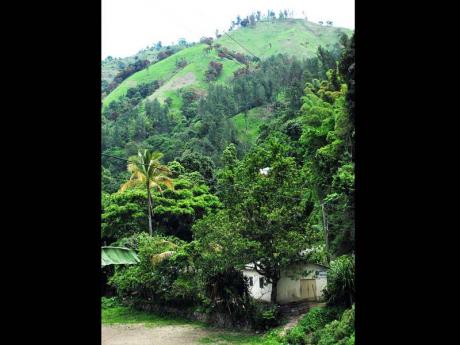 It's pretty isn't it? Maryland in St Andrew really has some nice spots. - Photos by Robert Lalah 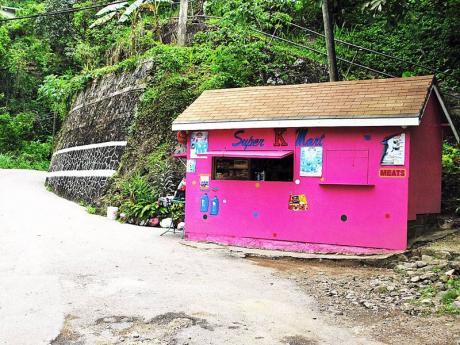 Super K Mart really stands out on this roadway in Maryland, St Andrew. 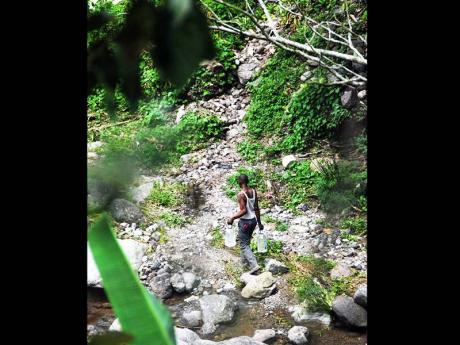 A man leaves the river after filling a bottle with water.
1
2
3

I stuck my head through a window of sorts at 'Super K Mart' in Maryland, a community in the hills of rural St Andrew. I saw two containers of motor oil, a pack of banana chips and an over-ripe plantain. The wooden building was painted in pink, making it really stand out on that lonely country road.

"Have mi excuse," someone said. Startled, I stepped back. Then, up popped the head of a teenage girl from behind the counter. Her hair was wrapped with a blue scarf and her eyes still had traces of sleep in them. I greeted her as cheerily as I could and she smiled and asked me what I was looking for. I told her that, to be honest, I was just checking if there was anyone inside.

I asked her why the place was so quiet. "Remember, by now most people at work or dem gone to school, yuh know," she pointed out. I nodded.

"Din Din!" someone shouted from above. I didn't see the person but the girl I was speaking with gave an equally loud response.

The girl with the scarf on her head looked at me. "No, ah nuh him dis! Dem kinda favah but dah one yah nose nuh so big," she yelled back. The voice from above went silent.

I told the girl that I was going to walk along the hillside roadway for a while to see who else I could meet.

I was off. It was a cool day and the sound of a nearby river created a relaxing atmosphere. From where I was, I could look down at the river below. There were people standing in it collecting water in plastic bottles. About five women were sitting on rocks nearby, chatting.

A man wearing a rep cap with the word 'Element' on it came lumbering down the hill. I stopped him to ask if he lived in Maryland.

"Eh? Yeah man," he said. I told him it was my first time in the area and asked him to tell me about the place.

"Well, it really cool and have a vibes," he said, smiling. I noticed a hole in his left shoe.

"More time when yuh deh ah Maryland and di sound of di river reach yuh, all yuh want to do is sleep," he said. I asked the man in the cap what Maryland was best known for. "Well, we do we likkle farming, and we have some singer who come from here but people mostly know Maryland fi di cool vibes, man," he said. He scratched his head. I told him that it was certainly a pretty place. The mountains in the distance behind us were particularly attractive. I pointed it out to him. The man turned and looked.

"Oh, yeah man," he said. "People come paint when dem ready too. Sometime yuh see car drive up and man come out wid him artist tool dem and just paint what him see," the man said.