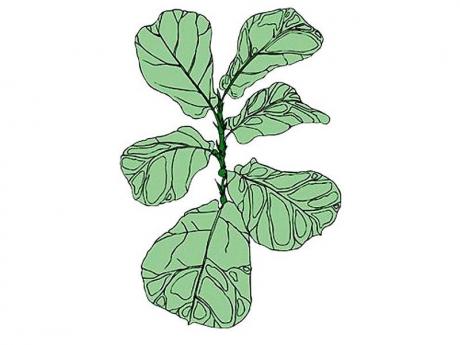 MY WARMEST congratulations to Dr Henry Lowe and his team on their research and development of Jamaican herbs that have cancer-fighting properties. Here are two other local herbs that are useful and safe to consider using.

Anamu: What Jamaicans call guinea hen weed or garlic weed is known in South America as anamu. This is a herb that is indigenous to the Amazon rainforest and the tropical areas of the Caribbean, Central and South America, and Africa.

Its botanical name is Petiveria alliacea and it has a long history of use in herbal medicine in all the countries where it grows. Natural health practitioners have traditionally used anamu for various conditions including cancer, arthritis, digestive disorders, infections, diabetes, pain relief and even to induce abortions.

Recently, however, scientific research on anamu revealed many biologically active compounds in the plant: flavanoids, triterpenes, steroids, and sulphur compounds. The research published on anamu now validates its multiple roles in the treatment of cancer.

A screening programme at the University of Illinois, Chicago, evaluated more than 1,400 plants for the prevention and treatment of cancer. Anamu was one of only 34 plants identified with anti-cancer properties. Two phytochemicals in anamu, astilbin and dibenzyl trisulphide, have been shown to directly kill cancer cells. The research also demonstrated that these compounds were able to differentiate between normal cells and cancer cells, killing only the cancerous cells.

Compounds in anamu directly kill and/or inhibit the growth of several bacteria, viruses and fungi, including yeasts. Interestingly, many medicine experts believe that infection plays a major role in several cancers.

Anamu is a traditional remedy for arthritis and rheumatism and clinical research has confirm its pain-relieving and anti-inflammatory effect. This is important, as pain relief is a major challenge in cancer management. Anamu extracts can even relieve pain and inflammation when applied to the skin.

Anamu causes contractions of the uterus that can lead to abortions and should not be used by pregnant women. Anamu contains small quantities of the blood thinner Coumadin, and people with bleeding disorder or who are on blood-thinning medication should consult their health-care provider before using anamu.

I recommend using organically grown anamu herb, free of insecticides, herbicides and other pollution. The whole plant (leaves, stems and roots) is powdered or chopped fine.

One heaping tablespoonful of this powder is diffused in 1 litre of hot water and the resulting tea is drunk, preferably on an empty stomach. An average dosage is four ounces (about half a cup) twice daily. It can be combined with conventional cancer treatments.

This is the South American name for what Jamaicans know as the Sour Sop tree. Scientific studies on this powerful plant confirm several health benefits from chemical compounds found in the leaves, bark, and stem called acetogenins.

In 2003, scientists in Taiwan found that the primary acetogenin in graviola, annonacin, was extremely toxic to ovarian, bladder, cervical, breast and skin cancers at very low concentrations. We must, however, realise that these were in vitro results - that is, the results of treating cancer cells growing in test tubes with graviola extracts.

Several pharmaceutical companies and universities continue to research and attempt to synthesise the chemicals in graviola into new chemotherapeutic drugs. It reminds me of a cancer drug called Taxol. Researchers first discovered an anti-cancer compound called taxol in the bark of the pacific yew tree. It took 30 years of research by numerous drug companies before the first Taxol drug was commercially available to cancer patients (a synthetic version of the natural taxol chemical they found in the tree bark).

It has taken researchers almost a decade to chemically reproduce the main anti-cancer chemical in graviola, annonacin. Who knows when it will be available to the public?

In the meantime, many cancer patients and health practitioners are not waiting. They are using the natural leaf and/or stem of graviola (with naturally-occurring acetogenins) as a complementary therapy for the treatment of cancer.

It should not be used during pregnancy or while breastfeeding. It lowers blood pressure and large dosages can cause nausea and vomiting. Avoid combining graviola with supplements like CoQ10.

Many persons are desperately looking for a quick fix: a magic bullet that will miraculously cure their illness. The reality is that there is no quick fix for a disease like cancer. Like so many useful herbs, anamu and graviola will give best results when combined with an optimal diet, nutritional supplements, exercise, detoxification, stress management and adequate restful sleep.

Their use must be a part of a programme of healthy lifestyles. They may also be effectively used alongside conventional cancer treatments without any negative interactions. If you have cancer, do not self-medicate without the assistance and guidance of a qualified health practitioner.