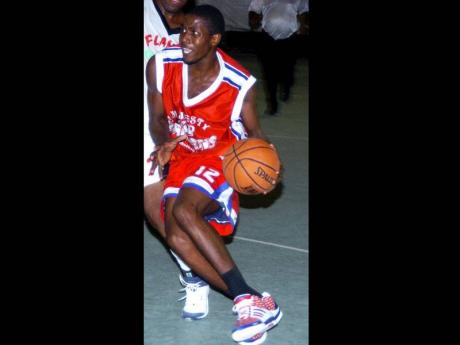 Newcomers St George's Saints will go in search of their third-consecutive victory in the Flow/National Basketball League (NBL) today, when they face Runnin Rebels in the feature match at the National Stadium courts, starting at 7:45 p.m.

In the opening game of the double-header, former champions St Georges Slayers, who are yet to win a match in two outings this season, will battle Eastern Pistons at 6 p.m.

The Saints, who have recorded impressive victories over the Jamaica Defence Force and Waterhouse Blazers, are oozing confidence ahead of today's clash against the Rebels.

"We are going all out for victory because we have won our first two games in the league and we want to make it three-in-a-row," said Jason Moses, captain of the Saints.

Moses added that his team has been doing well so far because everybody is playing the role which has been given to them.

"The Rebels have added some good players on their team and so we just need to stick to our plan, which is to play team basketball and as long as we do this then we should get the win," Moses said.

Along with Moses, who plays shooting guard, the Saints will also rest their hopes in the hands of point guard Kirk Ferguson, forward Conroy Morgan and power forward Anthony White.

On the other hand, the Rebels will be aiming for their second win of the season, this after their opening game victory over the Slayers. They have acquired the services of national representatives Kemar McLeish from Majesty Legends and Javon Bailey from Urban Knights.

Pete Matthews, coach of Rebels, said: "We are hoping to make it two wins in a row, but one of the things that we must do is to play better defence.

"We also have some new players on the team and we are hoping that these players will give us a better performance than they did in our first game," Matthews added.

Along with McLeish and Bailey, the Rebels will be looking to Kemo Gordon and Omari Green to lead them to victory.