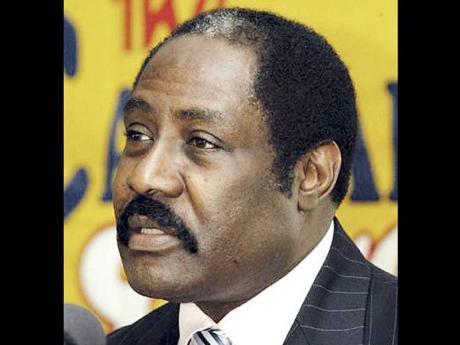 Jamaica Football Federation (JFF) president Captain Horace Burrell has expressed supreme confidence that the Reggae Boyz have a much better chance to qualify for the next senior men's FIFA World Cup Finals in Brazil, than the last campaign for 2010.

"I am extremely confident and we will be pulling out all the stops, doing everything humanly to make it this time around," Burrell told The Gleaner following sponsorship duties at the Manchester Major League final between Kendal and Mile Gully at Kirkvine on Sunday. His company, Captain's Bakery & Grill, sponsors the Major League.

"Last time around I was just getting back in (office as JFF president). We also started late. This time around we have had more time to look at players, we have more players to choose from and the support staff is in place

"I mean, look at the amount of players we have in the various leagues," he said. "We have a cadre of players who are very experienced."

He pointed to the performances of the strikers who now have contracts abroad, singling out Marlon King, a direct indication that the striker has now mended ways with the JFF and will be part of the main squad.

Never one to hide his flame, Burrell spoke of his own role in the process.

"Then there is my personal attention; I've got to be there as the catalyst - to be there to make the arrangements with the international colleagues, to ensure the players are taken care of and to drum up support," Burrell said.

However, Burrell believes the most important indicator this time around is the support of the Government.

"When you have the support of the Government then half of your problem is solved and here again I have to lift my hat to Prime Minister Portia Simpson Miller. She has committed her support, and when the Government is behind you, man, you are ok, so I am extremely confident."