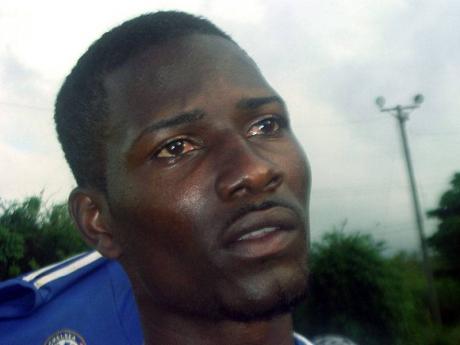 The all-important goal came three minutes into the second half when a Mile Gully defender, Marlon Hylton, inadvertently turned a header out of the reach of his goalkeeper, Sheldon James.

James, who had looked good in making a memorable stop from a Clayton Berry shot, hesitated initially while advancing to retrieve the ball and Hylton's call, after effecting a back-header, was awfully late.

The final made the fourth time they were meeting for the season, with Kendal winning on three occasions, including 3-0 in the mid-season final.

However, they were outplayed for long periods by the youthful Mile Gully, who were very attractive in their passing and transition.

In addition to the gift of the Hylton's goal, Kendal were also awarded a penalty in the 61st minute for a tackle on Berry. Dwayne Sinclair muffed the chance from the spot, sending the ball wide of the target.

It was a tearful Maurice Duncan, who spoke to The Gleaner after the final whistle. It was his first Major League assignment, as he has mainly coached at the schoolboy level at Christiana High. Kendal's win, he said, was a fitting tribute to their fight all season, as it was their first in a Major League final.

"I wasn't worried. I knew they would have a lot possession, but in the final third they were not getting it right. Psychologically, they were a bit nervous whenever we tackled or in the 50-50 ball situations. I think in the end we wanted it more, and that's what happens (own goal) when you pressure people, they make mistakes," said Duncan.

He is already looking forward to participation in the South Central Confederation Super League later this year.

"It's our chance now. Mile Gully has been there before and I believe we can play there. A lot will have to change. We will definitely need to get in new players and management will have to work out where we can train under lights as most of our guys work."