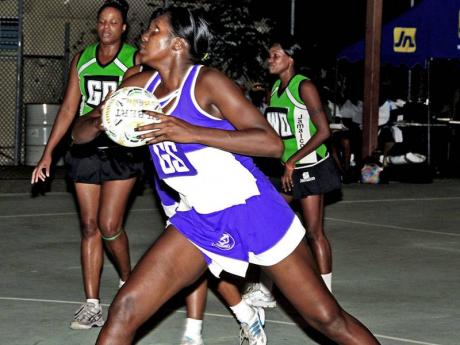 Waulgrovians 'A' will be looking to bounce back from their surprise defeat to Mico on Saturday, when they take on Tivoli Gardens 'B' in the feature match of the Jamaica Netball Association (JNA)/Berger Paints Super League at the Leila Robinson Courts this evening, starting at 6 o'clock.

In the day's other game, which will be played simultaneously, defending champions Jamalco will oppose sister team Windalco.

Waulgrovians, who were suffering their second defeat of the season, are third in the standings on 19 points from six matches. Tivoli Gardens 'A', who have played five games, lead the tables with 25 points. Mico are in second spot with 20 points from five matches, while Jamalco, who have played three matches, are fourth in the standings on 12 points.

They are followed by Windalco, who have registered 10 points from seven games, and Tivoli 'B', who are yet to gain a point from four games. At the end of the preliminary round, the top two teams will advance to the final.

Sunshine Girl Jhaniele Fowler, a senior member of the Waulgrovians team, believes today's game is a critical one for her team.

"It's a very crucial game for us, because it is only the top two teams that will go through to the final of the competition," said Fowler. "We must win our remaining matches and hope that the top two teams drop points in their matches."

She added: "We are very confident of victory. We should have won the game against Mico, but we got complacent in the fourth quarter and Mico took advantage of this, and so they won the game.

"However, we have put that loss behind us and everyone is very focused on winning this game, because it is important for us to get the victory."

In addition to Fowler, Waulgrovians will be depending heavily on senior players Nordia Hanson and Paula Thompson, Adean Thomas and Kadijah Williams, to lead their charge to victory.

Sylvester Campbell, coach of Tivoli 'B', is expecting a good all-round effort from his team.

"I think that it is going to be a very exciting game, because we are coming to give it our best shot," said Campbell, who is also the coach of Tivoli 'A'.

"My team has not been playing as well as we expected them, but despite this, I am looking forward to a good performance from them," he said.