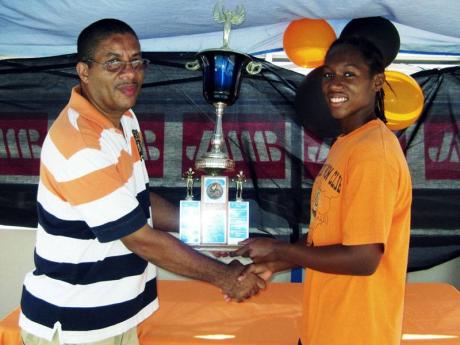 "In the relays we won all the freestyle relays for the 11-12 and 13 and over age groups and I thought these were what made the difference and made us win the meet," said Walter.

"It was a pleasing victory as after the morning session on Saturday we were 200 points behind in third place.

"As for the meet as a whole, it is the biggest entry that we have ever had in terms of participants with over 450 athletes turning out, beating our normal figure of about 375," she declared.

She added: "We also had a swimmer from St Vincent, Tolga Akcayli, who is a wildcard for this year's Olympics and he did a personal best in the 50m freestyle."

The meet ended on Sunday with seven individual and three relay records being broken.

Another double record-breaker was Lisa Griffith of Tornadoes Swim Club, who set new records in the Masters 44 and over category in the 50m butterfly (45.74) and 50m backstroke (46.99).

Tiara Myrie of Tornadoes also put her name in the history books when she erased her previous record, set last year in the girls' 11-12 200m butterfly with a swim of 2:55.24.

The other record breakers were Emily MacDonald of Swimaz in the eight and under 50m freestyle in 35.45, and Ramon James of Tornadoes in the male 24-33 Master's category 50m butterfly.