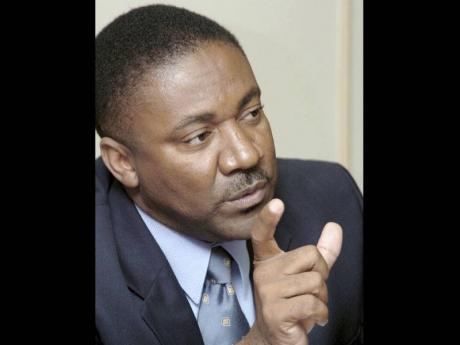 Jamaica is trying to raise US$100 million (J$8.7 billion) of equity to capitalise the natural gas company formed to oversee the commercial operations of the formative liquefied natural gas (LNG) market.

Jamaica Gas Trust (JGT) is now owned by the state, but under the financing plan formulated by the LNG steering committee, the Government's stake will be diluted to less than 10 per cent of the business, according to Energy Minister Philip Paulwell.

Jamaica has so far seeded US$5 million to the project, which Paulwell said would be capitalised in JGT. The precise equity stake represented by the US$5 million will be determined by the final structure of the financing arrangements.

"Government is going to capitalise what it has already spent, which was some US$5 million. But I can't say whether that will work out to be five per cent or 10 per cent at this time," Paulwell told Wednesday Business.

The ministry of Science, Technology, Energy & Mining has tendered for a placement agent to pitch the US$100m offer and secure private sector investment in the project. The bids for placement agent close in the last week of May.

"It is to be a private sector-led company, not government-led," said Paulwell of JGT. "Government is going to the market and selling equity in the business."

He said some local interests are already "keen" to participate in the offer.

Under the commercial structure formulated around LNG, JGT will act as sole buyer of the gas, which will be funnelled through the LNG infrastructure, which will comprise a terminal and pipelines for distribution to end users, such as the Jamaica Public Service Company's 360 MW plant.

The terminal and pipeline are separate projects.

The LNG committee headed by Chris Zacca has received three bids for the LNG Floating Storage and Regasification Terminal from Exmar Marine of Belgium; Samsung C&T Corporation of Korea, and Sener Ingenieria y Sisternas, SA of Spain, and is in the process of evaluating them. Jamaica hopes to select a preferred bidder in time for Cabinet to sign off on the selection by June.

Exmar had previously been selected to build the terminal under the Golding administration, but that deal was scuttled after the Office of the Contractor General questioned the fairness of the process.

JGT plans to contract with the eventual winners of the infrastructure bids to distribute the gas, according to tender documents for the placement agent posted on the ministry's website.

The JGT will establish a subsidiary, currently identified as OPCO, that will schedule LNG shipments, be responsible for LNG inventory management, and handle gas sales.

The JGT requires capitalisation in order to establish the creditworthiness for planned LNG sellers and infrastructure provider.

Specifically, the JGT will execute the major commercial agreements, including the LNG sale and purchase agreement, terminal use agreement, gas sales agreements, and pipeline transportation agreement.

Regulation of the LNG market has not been determined but will likely continue to reside with the Office of Utilities Regulation for now.

The energy ministry plans to issue the final-stage requests for proposal for LNG supply in mid-May, with firm bids due by end of June 2012.

It is also preparing a separate RFP for the ownership, construction and operation of the natural gas pipeline network required to interconnect the LNG terminal to the gas customers throughout Jamaica. This RFP will be issued in late May 2012.

The introduction of LNG is a fundamental element of the Government's strategy to diversify its energy mix to meet the growing needs of the power generation and bauxite/alumina industries.

The ministry said the initial demand for LNG is approximately 0.8 million tonnes of LNG per year, with future demand projected at 2.5 million tonnes per year by the end of the decade.

"It is expected that the importation of LNG will serve to spur economic growth in industries across the island that would benefit from the availability of natural gas and lower energy prices," the ministry said.