Consumer confidence soars on expectation of jobs from JEEP 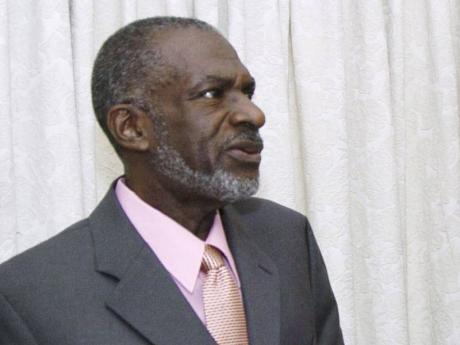 Consumer confidence soared but business confidence remained flat in the first quarter of 2012 due to a change of government and increased job prospects.

The index of business confidence declined 0.6 per cent to 123.7 points; consumer confidence was 51 per cent higher than year-earlier levels at 160 points.

The Jamaica Conference Board survey report released Tuesday noted that while the uptick in business confidence did not match the surge in consumer optimism, there was essential agreement among firms and consumers that unemployment was an urgent problem that needed attention.

"It is safe to say consumer confidence soared and they point to JEEP (Jamaica Emergency Employment Programme)," said Don Anderson, managing director at Market Research Services, who presented the findings of the surveys conducted by his company.

Anderson is also a consultant to the Jamaica Conference Board, which is the research arm of the Jamaica Chamber of Commerce.

The survey was conducted between February and March; the election was held December 29.

Notably absent was the December fourth-quarter 2011 survey results which were shelved due to "resource" constraints. However, a comparison of first-quarter 2012 results with third-quarter 2011 results also showed a rise in both business and consumer confidence.

"Business and consumer confidence has soared significantly since December 29. When you talk to the business community and general public and ask them what is the reason for the resurgence, everyone talks about the new government, the expectations, hope and ... jobs," Anderson said.

The report noted that more than half of those surveyed viewed the jobs programme as the source of their optimism.

"When specifically asked about future job prospects, 57 per cent expected jobs to be more plentiful, twice the 23 per cent recorded in last year's first quarter," the report noted in its findings.

Additionally, some 43 per cent of all firms surveyed expected conditions in the national economy to improve, up from 18 per cent in the third-quarter 2011.

Profit expectations increased "significantly" in the latest survey, with 57 per cent of all firms surveyed expecting higher profits. Just four per cent of respondents expect declines in profit during the year ahead, down from 18 per cent in the third-quarter 2011.

Greater investment spending was planned by 39 per cent of all firms surveyed in the quarter, compared with 45 per cent a year earlier and 30 per cent in the third-quarter 2011.