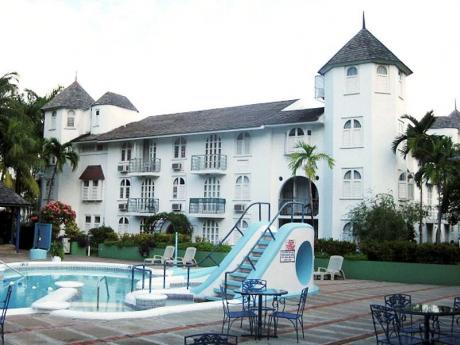 Proprietors Strata Plan 401, a grouping of individual owners of apartments in the Sandcastles complex in Ocho Rios, is seeking distance from Sand Castles Resort Limited (SCRL).

Sand Castles Resort is the manager of some 30 apartments of the 174 units at the complex and owner of the property put up for auction by National Commercial Bank Jamaica (NCB) , identified as Lot 177, said representatives of the strata.

Wednesday Business reported last week that the entire administration block was up for sale, but manager of Strata 401 Sand Castles, Charmaine Clarke, said Monday that the auction includes just a conference room and two offices, not the entire block.

The auction notice said the lot on sale covers 2,347 square feet of space.

NCB has commissioned Thomas Forbes and Associates of Mandeville for the auction under powers of sale contained in a mortgage with an advertised auction date of May 10.

Eric Dean, chairman of the Sandcastles strata corporation, says he is wary of the ownership of the confiscated property being confused with the apartments owned by individuals, because it could affect their credit rating.

"There is no 174-room hotel in operation on the complex. Some owners — currently about 30 or less — entrust the rental of their apartments to a company, Sand Castles Resort Limited," said Dean.

"This company rents office space, a restaurant and bar from the strata (PSP No 401). The relationship with the strata is that of landlord and tenant. The strata is not a shareholder or has any financial interest in the hotel operating company," he said.

Dean also said that the management contract with SCRL to oversee the maintenance of common areas was terminated in April 2011 with that company given notice to quit rented premises including offices, reception area and bar, and with an application to the court being considered by the strata to enforce removal.

Dean said that the strata had encountered credit difficulties because of the financial problems of SCRL and it was therefore necessary to clarify that the strata and the company were not connected outside of a tenancy.

Emails by Wednesday Business to Lanzie Wedderburn, said to be the head of SCRL, went unanswered.

Dean said that at one time, units from the pool managed by Wedderburn's operation numbered over 100, but that this number dwindled as more owners withdrew from SCRL.

The strata has since appointed a new manager to oversee the common areas at Sandcastles, he said.

A former strata member from whom Wednesday Business sought further clarification said the strata has responsibility for common areas, land, areas outside of the buildings and outer walls, plus the roof.

"Units are individually owned except for the central facility where the reception area and bar are housed. The entire downstairs of this area and upstairs is run by the strata corporation," said the former member who spoke on condition of anonymity.

"There is a wing to west of where the shops are (which is) the subject of NCB's auction. This is the property of Sand Castles Resort Limited, owned by the hotel management company. They are the hotel operators. They rent some units on behalf of owners. However, it is the strata committee which insures the building and take care of common areas."

SCRL has been associated with Sandcastles from its inception, but the units under its control have dwindled over time, the former committee member reiterated.

Dean says the complex is insured and that the strata has no mortgage on the property owned by members of Strata 401.