Davies 'discovers' that Government is inefficient 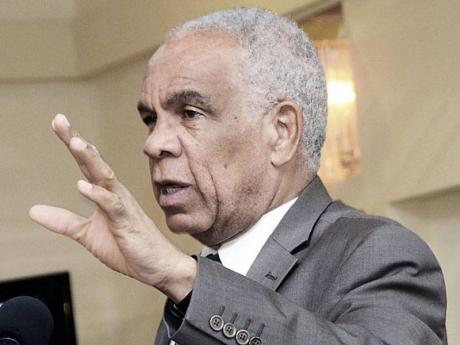 Minister of Transport Dr Omar Davies has had an epiphany.

He 'discovered' while in Opposition through his interactions with public agencies as a regular citizen that in far too many instances these bodies operate insensitively and inefficiently.

"During the four-year break which my party received, I had the need to interface with various government entities as a private citizen," said Davies, who spoke at the opening of Expo Jamaica 2012 last Thursday in his capacity as acting prime minister.

"I discovered that, while there are several efficient departments, in far too many instances public bodies and departments are insensitive to the needs of ordinary members of the public and by extension the private sector for a timely response," he told an audience a bit surprised by his comments.

Davies was finance minister for most of the PNP's previous 18-year helm in government.

The current administration would address these inefficiencies, which cost time and money, he said.

"That is an area that this administration is committed to address. There are far too many areas where the lack of timely responses from bureaucrats or from a department can lead to a significant loss of time and money for a member of the public or business," said Davies.

"For us to efficiently address this malaise, there has to be ongoing communication between the leadership of private sector and the political directorate to identify these bottlenecks that are unnecessary but increase the cost of doing business in Jamaica."

It aims to secure business opportunities for hundreds of local products pitched to local and international buyers. Davies told his audience, including the nation's largest manufacturers, that these measures would be addressed notwithstanding the fiscal restraints.

"I speak on behalf of the PM to commit to greater responsiveness to remove these unnecessary obstacles in the path of business. I am not suggesting a magic wand which will immediately address the challenges faced by manufacturers. However, there is a clear understanding by the administration of the obstacles faced by the private sector and there is a determination and commitment to seek to address these obstacles."

Roughly 250 companies were represented in the expo exhibiting services including logistics, software, banking; and goods, including beverages, food, furniture, beds, and window blinds.