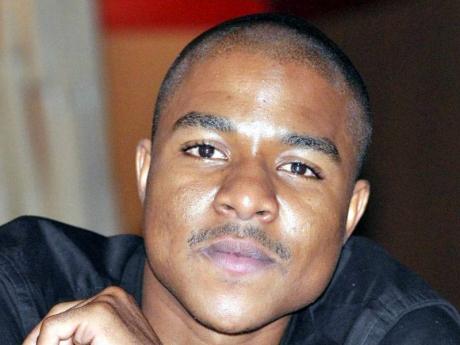 1. If you migrate from Jamaica to Uncle Sam (or any Western country, for that matter), you'll eventually have a stinging urge to return home. The first winter, when the frigid cold lick yu (and you discover that the streets aren't lined with gold), won't be so terrible. You'll probably appreciate the new climate. A 'white Christmas' might even appear to be orchestrated by God Himself for your sole gratification. But it's the second winter, when you realise that this thing is no joke, that you'll start longing for that 'damned Jamaica' you left behind.

Perhaps you'll endure a bit longer - decades, maybe. But eventually, after the 236th mediocre patty and explaining for the 420th time that "not all Jamaicans smoke weed", you'll want to cuss two 'fabric' and immediately take K.D. Knight's advice to "pack your bags and go".

2. Michael Manley and Edward Seaga are neither heroes nor saints. Throughout your life you've been exposed to cult-like veneration of these charismatic leaders - and charismatic leaders they were, both admirable in a number of ways. But look about you, in this hobbled island paradise, and you will see their ultimate legacy - a virtual wasteland of broken promises and crippled dreams.

3. If you turn your back to injustice, it will show its face to you. When poor people bawl out for justice, do not ignore their pleas. Do something to further the cause of justice. The cries you fail to placate today may be your own tomorrow.

5. Money isn't real. Sure, you can touch and taste it (if you're into that kind of thing). And, naturally, you need enough of it to live comfortably. But its promise is misleading. The warm, fuzzy feeling it arouses when we are awash in it is fleeting. The security it offers is illusory. Its fruits evaporate like the morning mist.

Like the wise man, build your character, and that of your nation, on solid foundations - fairness and justice; equality and respect for all men. The lust for money has eroded the moral conscience of this country. For a few pieces of silver, men have sold out our nation (and their souls).

6. Eighty-nine per cent of dancehall artistes chat nonsense. Trust them at your own peril.

7. Understand that 66.9 per cent of statistics are made up on the spot. Trust them at your own peril.

8. Stand in fear of no man (except Reneto Adams). Some powerful figures and forces lurk among us. They have captured and misdirected the moral course of the nation. At their core, they are merely shells. Aspire to be different. Challenge them and their errant ideologies.

9. The only thing better than Bob Marley's music are his interviews. Watch. Listen. Learn. Laugh.

10. Just because track stars do it fast doesn't mean you can. Rome wasn't built in 9.58 seconds. Jamaica won't be either. Work hard. True success - individually or collectively - takes tremendous time and effort.

11. There is more to life than this. We've been distracted from the real issues for far too long. The tribal politics; the partying, idleness and self-indulgence; the paper chase; they will all grow old. One day you'll look up and realise that your life's purpose greatly exceeds your present preoccupations. It is upon this realisation that you'll truly start living.

12. The unrelenting smoking, drinking, and promiscuous living will catch up with you eventually. Quit - or at least slow down - while you're still slightly behind.

13. Jamaica is the most amazing place on Earth. I've lived and worked in many cities, studied in several countries, and met amazing people from all across the globe. I have experienced few greater blessings than simply being born and living in Jamaica. From the cliffs of Negril to the waterfalls of Portland; from the Cockpit Country to Kingston; your eyes will never grace another place as magnificent as here. Nurture it, embrace it, preserve and protect it. It would be a grave tragedy to let it all go to waste.