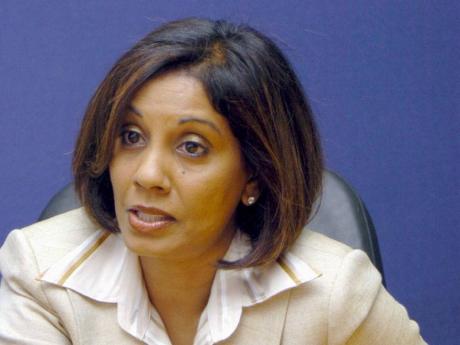 Bernadette Barrow: We take particular pride in the Nation Builder Awards, which is steeped in the principle of 'not only doing well, but doing good'. - file

Applications are now being accepted for the fifth staging of the National Commercial Bank's (NCB) annual Nation Builder Awards (NBA).

NCB stated yesterday that applications can be handed in at any NCB branch islandwide with the deadline for submission being July 31.

The winners in the six categories will receive a combination of cash, products and services from NCB and its partners, technical and capacity-building training, financial consultation, scholarships and/or marketing support.

Under the theme, 'Entrepreneurs Building Communities ... Building Jamaica', these coveted awards were introduced by NCB to celebrate small and medium-sized businesses which demonstrate outstanding entrepreneurial performance and strong community involvement. The NBA programme is supported by partners who contribute by giving recognition and assisting nominees with developing their businesses throughout the programme as well as by presenting prizes to the winners.

The partners for the 2012 awards are The Gleaner Company, LIME Jamaica, Fujitsu Caribbean (Jamaica), the Private Sector Organization of Jamaica, Women Business Owners, the Lions Club of New Kingston, the University of the West Indies, HEART Trust NTA and the Jamaica Business Development Corporation.

NCB stated that 2012 is an important year for the bank as it marks its 175th anniversary.

"We take particular pride in the Nation Builder Awards, which is steeped in the principle of 'not only doing well, but doing good'," said Bernadette Barrow, assistant general manager, small and medium enterprises at NCB.

She added: "This programme has grown over the five years through, among other things, the introduction of new categories such as the Impact and Vision awards and we look forward to another exciting year when we will unveil outstanding entrepreneurs who have made their mark in their various areas of business."

The award categories are:

Ten nominees will be selected by the expert panel of judges, who will select the national winner in each category to be announced at the Nation Builder Awards ceremony later this year.