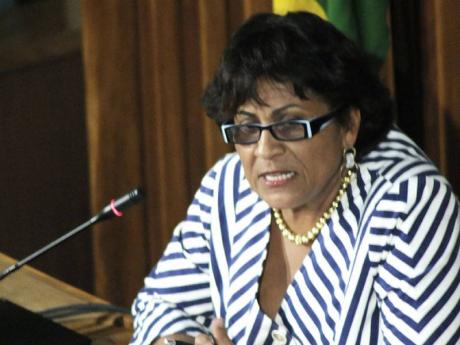 OPPOSITION SPOKESPERSON on Education and Human Resources Marisa Dalrymple-Philibert has said there is a parenting crisis in Jamaica.

In her Child Month message, she cited the need for many of the country's parents to be far more responsible and accountable. Likewise, she noted that parents must partner with schools to ensure that their children are disciplined, and do their school work in order to maximise their full potential.

Dalrymple-Philibert asserted that while children are still subject to abuse and are undereducated, Child Month should be used as an opportunity to reflect on life from a child's perspective.

"If we could see and hear life using their senses, we would realise that our children are targeted on a daily basis with graphic images, actions and words, which are manifest in everything from TV shows to video games and much of popular music," she noted.

The Opposition spokesperson argued that the JLP recognises the need to empower children, as they are invariably more precocious, as a result of the explosion in global media.

"They are exposed at a much younger age to the facts and fallacies of the 'adult' world. Furthermore, these children are so much more technologically astute than previous generations. During their very impressionable years, we must remember the many predators that can be found on almost every corner - from street corners in their neighbourhoods, to popular Internet chat rooms," she stated.

She called for redoubled efforts, to ensure that they are well-guided, and that they learn and develop at the appropriate pace.

Moreover, she said children are often confused by conflicting messages and examples being set by many adults, compounded as they enter adolescence, by the pressures of peer groups.

"This is why among other important initiatives we put in place to better support our nation's teachers and parents, the JLP supports the continuation of the plan to reintroduce civics in the school curriculum, as a specific Jamaica 50 activity, and the reinforcement of our national pride and proper observation of our national symbols and emblems," noted Dalrymple-Philibert.

The Opposition spokesperson on education called for a Christian country, a more caring and nurturing society, a society of law and order and a society where caring for the nation's children is paramount.