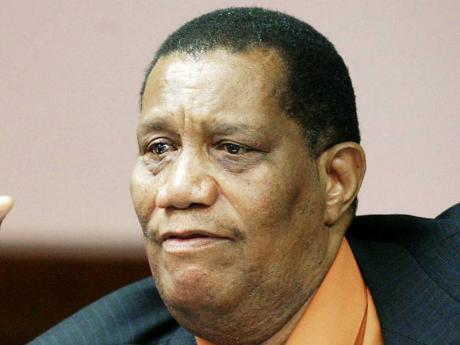 HEADS ARE likely to roll when the Ministry of Agriculture and Fisheries completes a series of audits into the operations of a number of related agencies including the National Irrigation Commission (NIC), the Cocoa Industry Board and Coffee Industry Board. Agriculture Minister Roger Clarke told The Gleaner on Saturday that the NIC audit had already unearthed evidence of misuse of funds, while cocoa farmers were facing financial challenges due to operations of their board.

He said even though the NIC audit was late in getting started, the early findings were troubling, including a $58-million cost overrun to correct a mistake. He explained: "Personnel employed within the NIC (were) given responsibility to do other things, even as those things were not in their remit and caused kinds of mistakes or whatever to be made where people went ahead and ordered wrong pumps and all that sort of thing."

Clarke also cited a case where Cabinet signed off on a project to be started last year October, but it did not get under way until he took up office in March. As a result of this delay, the agency will be unable to take up a US$4 million drawdown, money it will effectively lose.

"We have gotten extensions and extensions to complete the project and because of delays we are not going to be able to get the drawdown," he confirmed.

Speaking with The Gleaner at the Wyndham Kingston Hotel, New Kingston, before the start of the Jamaica Pig Farmers' Association annual ball, the minister said the volume of work to be undertaken in getting a true picture of the agencies was being hampered by a shortage of personnel to carry out the audits. However, the anecdotal evidence suggested that operations at the Cocoa Industry Board were flawed.

He disclosed: "I am very, very concerned about what's been happening with cocoa. I am getting calls on a daily basis that farmers can't get paid. As a matter of fact, this week I got a call from a farmer that he got a cheque and when he went to the bank it was dishonoured and those are things that can't continue."

Al Powell, chief executive officer of the Rural Agricultural Development Authority (RADA) was fired last Thursday after he failed to satisfy the board about queries regarding management of the agency. Clarke said the decision to start with RADA was predicated on the fact that it effectively drives the ministry and suggested that the findings of that audit had uncovered some very serious issues. He declined to provide details, but said the matter was being handled by the board.

Meanwhile, the minister assured the farmers that as long as they continued to maintain high standards and productivity levels, they would have his support in keeping importation of pork and products at bay. In the event importation became necessary, this would only happen with the knowledge and consent of the stakeholders in the pork industry.