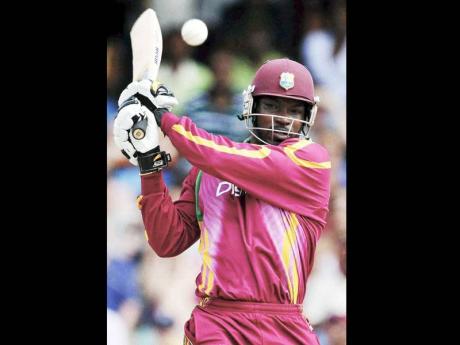 Dr Ernest Hilaire, CEO of the West Indies Cricket Board (WICB), says recent doubts surrounding the imminent return of Chris Gayle to the West Indies team is a result of the opener's own actions.

According Hilaire, having agreed to forgo his pending contract with England club Somerset so as to make himself available for the team's upcoming tour of England, Gayle seems to have had a change of heart.

This, Hilaire says, is in direct contradiction of a recent CARICOM-brokered agreement between Gayle and the WICB.

"The board is very clear how it wants the matter to be dealt with and will continue to do so," Hilaire told The Gleaner yesterday.

"I think the emails speak for themselves and Chris has to, in a sense, do what he promised to do and everything would be okay," he continued.

"He signed an agreement saying he was going to give up the Somerset contract.

"You don't sign an agreement and say that you are going to be available and then next time say that I am not going to unless you promise me that.

"If there is a process that you agree to, let's just respect it," he declared.

The emails to which Hilaire makes reference are those which were exchanged between Gayle and himself last month and has subsequently been made public.

"I write to you with respect to the upcoming West Indies tour of England scheduled for May 2-June 25, 2012," wrote Gayle in one of the emails.

"As previously indicated, I am willing to make myself available to play for West Indies for this tour after my obligations to my Indian Premier League (IPL) team are fulfilled.

"I would appreciate if I could be informed whether I will be contracted for the West Indies team for the England tour before I give my commitment to Somerset.

"I only ask this so I would be in an informed position before I respond to Somerset, given the fact that I indicated my availability to the West Indies team after the IPL," he added.

However, while admitting that he realises what Gayle is trying to achieve, Hilaire said the 32-year-old is approaching the situation wrongly, but in the interest of West Indies cricket will refer him to the chairman of selectors.

"I must tell you that I have some idea of what he is trying to achieve, but it is just not consistent with what he signed in the agreement, which is probably why we have had the problem for over a year with him," Hilaire said.

"But we did say to him, speak to the chairman of selectors, as they are the ones who select the team, in the last email we wrote to him on 26th of April."

The West Indies tour of England will begin on May 17 with the playing of the first of three Tests.

The team is also slated to play three one-day international beginning on June 16 and a solitary Twenty20 international, which is set for June 24.