New designer to the stars debuts at CFW 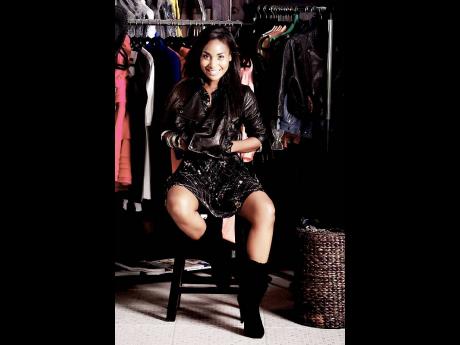 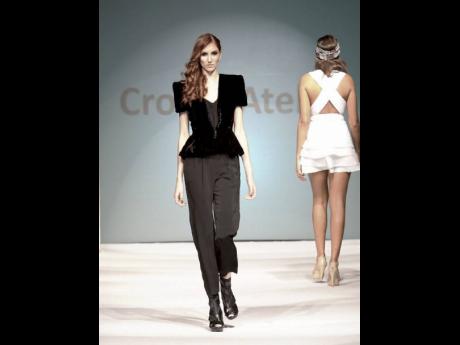 When the runway is laid for Caribbean Fashionweek (CFW) 2012, set for June 7-11, one bold, multifaceted young designer will unveil her latest collection at the region's biggest fashion and lifestyle event. She is Tigerlily Hill, a woman determined to make a bold statement in her first showing at CFW under her Crown Atelier label.

Born to a Jamaican mother and British father, the Los Angeles-based Hill spent her time living between the Cayman Islands and London. This constant change in environment informed her early choices of exploring different roles in the fashion business.

Having worked as a fashion stylist and a fashion television personality, there was a natural shift into another gear as a fashion designer.

"For me, fashion is about flexibility and creativity. My early travels exposed me to women from all parts of the world and how they dressed and, from then, I have always been fascinated by their style and how their culture influences what they wear. I feed my creativity with extensive global travel," said Hill.

Combining her education in fashion (Hill attended Central Saint Martin's in London) and finance, she launched Crown Atelier in 2006. Her line got immediate attention when a friend of the designer's wore one of her blouses to a US magazine party in Hollywood and several high-profile personalities began making enquiries about her clothes. The contacts she made at this fateful party led her to a role on the VH1 fashion series, Glam God and there has been no looking back.

Hill describes her aesthetic as classic and fun. Her client is both the woman who wants to be fashionable at the office as well as the one who wants the full glamour treatment on the red carpet.

In fact, the line has already got the attention of the red carpet set with young A-list actors like Keira Knightly of Pirates of the Caribbean fame among the celebrities who have worn Crown Atelier.

Hill is thrilled at the attention her line is receiving from personalities in the highlights of fashion and film, and is also excited about her CFW debut.

"I am from the Caribbean, so it is a dream to be showing on such a scale," said Hill, remarking on what it means to be presenting a collection at the regional fashion spectacle.

The press has also began to take notice as Hill has been featured in Essence magazine as one of the designers to watch.

Other first-time designers, including Jhaniel Smith, Kazz Forbes, Juanita Reid, Raxann Chin, Rebecca Stirm, Dionne J and several others, will be travelling to Kingston for the week-long fashion fiesta. They will join the region's own emerging set as well as the established and highly acclaimed couturiers Meiling, Jenny Polanco, Moncrieffe and scores of other Caribbean favourites.

A number of additional sponsors are scheduled to be announced in the coming weeks.

The talented Tigerlily to debut Crown Atelier at CFW 2012