A night of 'slackness' on Trafalgar Road 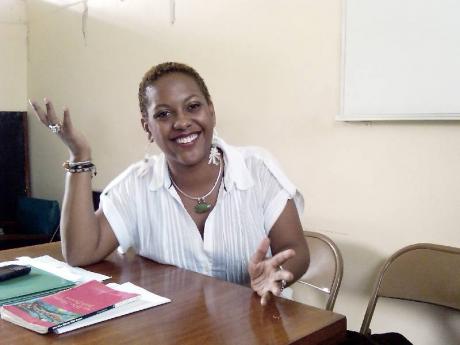 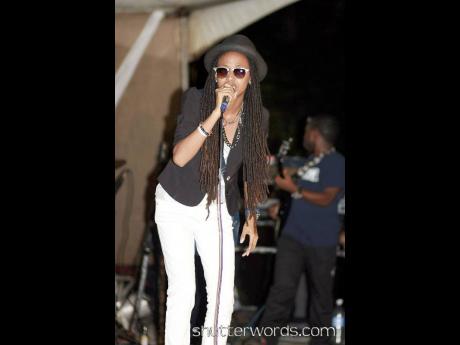 It was billed as an adult-only event, and fortunately, the audience didn't disobey the 'warning' and take their children along. For it was a night of utter 'slackness', full of volcanoes on two legs and crescendos of seismic proportions. At one point, I thought the top of the stage at Studio 38 on Trafalgar Road, New Kingston, would have been blown to bits on Friday.

It wasn't Kingston Pon Di River. It was Kingston on fire!

Rosie Murray used her voice, face, buxom bosom, curvaceous hips and generous derriere to great effect to convey the messages and thoughts of Millicent Lynch's ultra-erotic poems, such as the riotous Pink Salmon, Crescendo, Sweet Surrender, Full-size Woman, Kinky is Me and Do they Know.

Yet, it was Tanya Shirley who actually outdid herself. Reading from her book and from new material, she delved into the unprintable, and by the time she got near to the end, she was oozing sweat, melting if you will, and blaming it on the hot spotlights. Just when she was about to explode, water was brought to out her fire, and a napkin to wipe up when she was finished.

But the night was not without its share of testosterone, with Tomlin, performing with music, reciting, singing, dancing, grooving, poking fun at himself. The open-mic section saw notable performances from Fuzion, who did his two pieces from memory, and who had to 'haul and pull up' when some of his lyrics from Love caused some audience members to howl. Then it was almost anticlimactic when Charles Atkinson broached the subject of prostate cancer, and prostate removal on which he has written a book.

Dr Dennis 'Love Doc' Grant is, among other things, a Jamaica-born host and executive producer of two radio shows in Florida, Solutions and The Love Hour, and the writer of the books, Staying on top of Credit; Lasting Romance; The Missing Link; and Love, Romance, Marriage and Sex, Getting it Right. On Friday night, he briefly discussed some of the no-holds-barrred content of Love, Romance, Marriage and Sex, Getting it Right, which he is currently promoting. Also in the hot house was Shelley-Ann Weeks, noted sexologist, and poetess Denise Fiffe, writer of Jamaican Honey and Spice, from which she read Feeling Sexing and from which Marilyn Bennett delivered Hot Cup of Chocolate in the open-mic section.

Such was the night at Studio 38, the teaser the organisers said it would be. But it was much more than that. It was no foreplay, and the passion continued on Saturday night, in the river valley where Boone Hall Oasis is located, with an explosion of pulsating drumming and orgasmic Revivalist fervour..