Court rules in favour of INDECOM 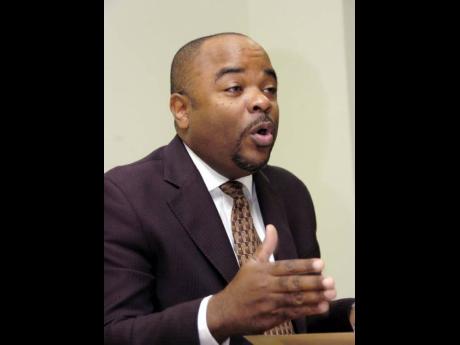 The Independent Commission of Investigations (INDECOM) is celebrating what it describes as "a major victory" as the Constitutional Court threw out a motion brought by eight policemen who were seeking declarations that the commission did not have the power to compel them to give statements.

Attorneys-at-law Richard Small and Shawn Steadman had argued that if the court ruled in favour of the policemen, it would be impossible for INDECOM to investigate any allegation of murder or wrongful police conduct.

Supreme Court judges Carol Beswick, Bryan Sykes and Frank Williams ruled yesterday that the Terrence Williams-led INDECOM acted within the scope of the law when it called for the policemen to furnish statements in relation to the fatal shootings of Derrick Bolton and Rohan Dixon in Tredegar Park, St Catherine, in August 2010. The judges ruled that the policemen's claim should not be considered by the Constitutional Court because there were alternative remedies available which ought to be used.

The court said the rationale for Parliament's enactment of the INDECOM Act was to make Jamaica compliant with international human-rights standards, which place a procedural obligation on Jamaica to effectively and promptly investigate the taking of life by members of the security forces or other agents of the state.

In handing down the unanimous decision, the court recommended that the law should be changed to specifically state that any information garnered by INDECOM would not be used in criminal proceedings. The court said the law should also be amended for INDECOM to inform people being investigated of their right to judicial review.

The policemen were charged last year after they refused to provide statements to INDECOM regarding the killing of the two men in Tredegar Park. The case is pending in the Corporate Area Resident Magistrate's Court.

Attorneys-at-law Carolyn Reid-Cameron and Chukwuemeka Cameron had argued that INDECOM had no power under the Constitution to force the policemen to give statements.

INDECOM had served notices on the policemen, identifying them as suspects, and ordered them to attend the Video Identification Unit at the Central Police Station on September 14, 2010 to furnish statements and answer questions.

The policemen said they were seeking to protect their constitutional rights to a fair trial or fair hearing, seeking constitutional protection against self-incrimination, the right of silence, and the protection of the presumption of innocence.