PAJ to induct first members of Hall of Fame 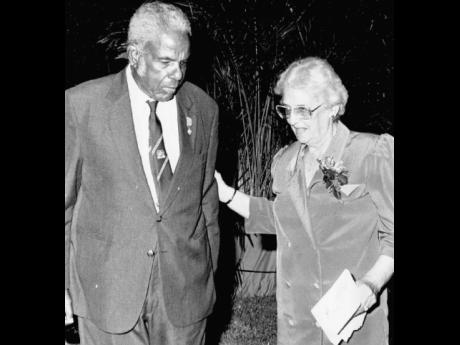 Late journalists Hugh Crosskill, Theodore Sealy and Len Nembhard will be the first three inductees in the Press Association of Jamaica's (PAJ) inaugural Hall of Fame, which will be launched today at a special breakfast in honour of World Press Freedom Day at the Courtleigh Hotel in St Andrew.

Crosskill was a renowned broadcast journalist, while Sealy was a former editor-in-chief at The Gleaner. Nembhard was the editor for Jamaica Times.

The breakfast is being hosted by the PAJ, Media Association Jamaica Ltd and the United Nations Educational, Scientific and Cultural Organization (UNESCO) under the theme 'New Voices: Media Freedom Helping to Transform Societies'. Veteran journalist and managing director of Nationwide News Network, Cliff Hughes, will be the speaker.

Immediately following the breakfast, UNESCO Caribbean, in partnership with the PAJ, will host a forum for journalists across the region.

Speaking with The Gleaner on the matter of press freedom yesterday, PAJ President Jenni Campbell said the time has come for an end to secrecy in how the business of the Jamaican people is treated.

"As media, we are mindful of our responsibility to protect our fledgling democracy," Campbell said.

"We are committed to honouring that obligation. As we observe World Press Freedom Day, we recommit to being relentless and unwavering in the discharge of our duties. The survival of our democracy requires nothing less."