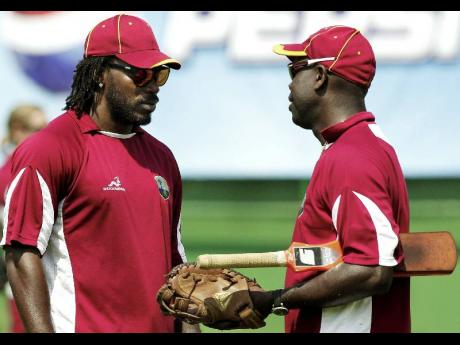 West Indies coach Ottis Gibson says he is staying out of the Chris Gayle dispute and will wait on the West Indies Cricket Board (WICB) to sort out the player's availability for the limited-overs aspect of the England tour.

The big-hitting Jamaican left-hander has not played for West Indies in a year following a spat with the WICB.

A CARICOM-brokered deal last month seemed to have healed the rift, but the controversy flared up again last week, putting Gayle's participation in the upcoming tour in jeopardy.

"The whole Chris Gayle saga has gone on far too long for my liking. I've kinda kept out of it for the last eight months or so and I intend to do so until someone calls me and tells that Chris is available," Gibson said prior to West Indies' departure for the Test tour of England on Tuesday.

"If Chris is available then, of course, he is someone that can add value to our team, but I will wait to hear from the hierarchy what the situation is regarding that."

In the CARICOM-brokered deal, spearheaded by St Vincent and Grenadines Prime Minister Ralph Gonsalves, Gayle and the WICB agreed to settle their differences, paving the way for the player's return.

The former Windies captain ruled himself out of the England three-Test series, indicating he wanted to play the full Indian Premier League which ends May 28. He said, however, he was willing to forgo his Twenty20 contract with Somerset county in order to make himself available for the limited-overs phase.

Last week, he was accused by the WICB of "reneging" on his commitment after he wrote the board asking to clarify his one-day selection so he could sort out his deal with Somerset.

Gibson said the remaining IPL-based Windies players - Kieron Pollard, Dwayne Bravo and Sunil Narine - should be available and would be considered for the limited-overs series in England.