No discus on Saturday 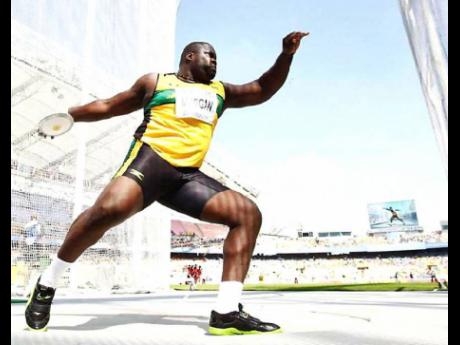 This Saturday's Jamaica Invitational will be well worth a watch. In the grand tradition of the Norman Manley and Mutual Games, the 9th staging of the Invitational will carry world-class athletics once more to our shores. Not too many small countries have what it takes to attract champions in the way that the Invitational has year after year.

The Invitational has continued in that same tradition with big names like Maria Mutola, Tyson Gay, Gail Devers, Marion Jones, and LaShawn Merritt all coming here since the meet began in 2004.

The meet has bloomed in part because of Jamaica's own stars. All of our current Olympic and World Champions - Usain Bolt, Shelly-Ann Fraser-Pryce, Melaine Walker, Veronica Campbell-Brown and Yohan Blake - have run there. In 2005, speed star Asafa Powell held the meet record in the 100 at 9.84 seconds before Bolt blasted to 9.76 in 2008.

Star hurdlers Brigitte Foster-Hylton and Kaliese Spencer have raced there too.

Pre-meet information suggests that the strongest field will be in the men's shot put. Five of the top 10 throwers in the world were confirmed weeks ago, with Olympic silver medallist Christian Cantwell leading the charge. Perhaps Cantwell will pull World Student Games champion Odayne Richards of UTech past the Olympic qualifying mark of 20 metres.

There's only one real gap in the schedule. If truth be told, the hottest Jamaican event so far this year has been the men's discus. Jason Morgan has pushed his national record up from 64.11m last year to 65.61m. Last weekend in California, Jamaican champion Traves Smikle boomed a 64.02m throw.

Had their event been on Saturday's schedule, fans might have had a preview of a disc-slinging National Championships rematch. Last year at the Nationals, Smikle upset Morgan. It's an exciting match up. It's youth - Smikle - versus experience - Morgan, left-hander versus right-hander and speed against power.

Even though Wright, a Calabar graduate who is at Nebraska University, probably might have conflicting collegiate commitments, the other three and World Youth discus champion Federick Dacres are good enough to provide great athletic entertainment.

Next door is Cuba, whose ranks include World Champs finalist Jorge Fernandez, who has thrown 66.05m this year.

That would be a perfect complement to the shot put event in which 2009 World champion Cantwell is the star.

If the schedule stays as is, we may have to wait until the 10th Jamaica Invitational to have the men's discus. While we wait, make sure you don't miss a minute of this wonderful meet. In the tradition of the Norman Manley Games and the Mutual Games, it's an evening when Jamaica's love for athletics takes centre stage.

By the way, Bolt is running the 100m. That prompts a bit of advice. The last time he ran there, clocking 19.56 seconds for 200m in 2010, the National Stadium was jam-packed. Your best bet is to get there early.