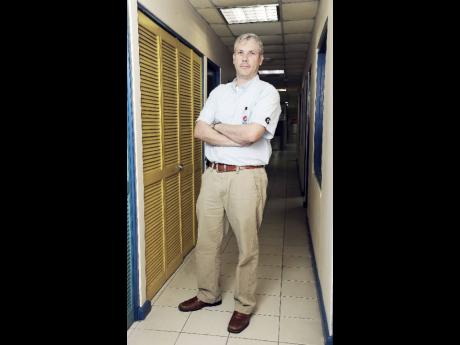 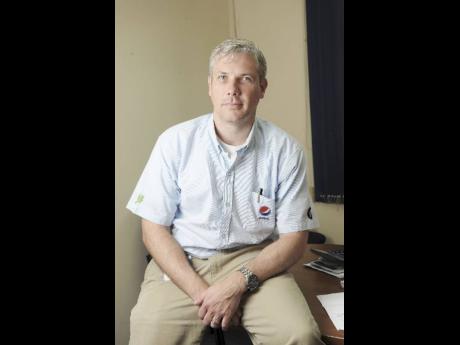 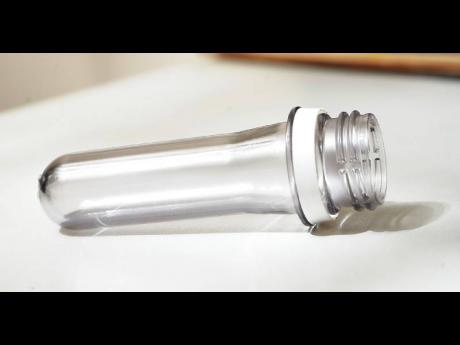 A sample of a plastic pre-form imported by Pepsi-Cola Jamaica which are blown into bottles at the Spanish Town Road, Kingston plant. 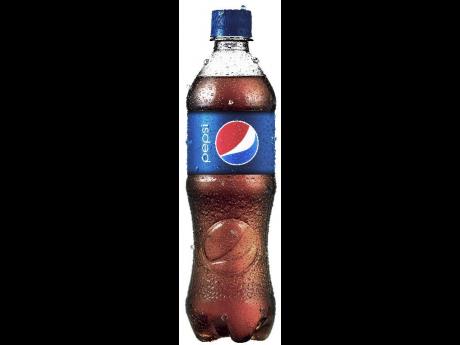 Pepsi-Cola Jamaica Bottling Company Limited is reviewing its entire supply chain and will wrap up a project to add new capacity to the plant within six months in a 'bet' by the beverage company that the soft drink market is poised to grow.

Pepsi Jamaica also wants to develop its own energy plant but is just now exploring the feasibility of the project, including the fuel source, which might either be coal, LNG or bunker.

Commercial director Gustavo Flamenco, a Guatamalan who has run the Jamaican operation for two years since March 2010, has set a sales target of 8.5 million "raw cases" this year, but says his production costs are a threat to his growth ambitions.

"We are betting on growth, although we are operating in a hostile economic environment," said Flamenco in an interview with the Financial Gleaner.

Pepsi Jamaica's big-ticket spending items are energy, sugar and PET or polyethylene terephthalate - the plastic used for beverage containers - which together make up about 52 per cent of costs, he said. Another big item is grapefruit concentrate used in the production of Ting.

PepsiCo, which is a minority owner in Pepsi Jamaica, has the rights to produce D&G soft drinks including Ting, under licence from brand owner Desnoes & Geddes Limited trading as Red Stripe Jamaica, which retains 100 per cent of the equity in the brand.

The company operates four distribution centres, but most of its energy consumption is centralised at the Kingston plant on Spanish Town Road, which also operates as one of the distribution points.

In 2009, when Central America Beverage Corporation (Cabcorp) acquired PepsiAmericas, and with it Pepsi Jamaica's operations, the local plant was reportedly selling 7.2 million raw cases of soft drinks in a market that was estimated at roughly 12 million cases - which represented market share of 60 per cent.

Production capacity was immediately upgraded at the Kingston plant by 30 per cent at a cost of US$10 million which, Flamenco said, means the plant can handle volumes of up to 10 million cases.

He is in the process of executing another expansion project to add around 35 per cent more storage space and install a new bottling line to grow capacity by another 30 per cent.

But he is also preparing to increase the price of Pepsi products by about five per cent on average as offset against rising expenses. Flamenco said the new price structure is still under evaluation relative to spike in production costs, but that the increase would not affect all products in the portfolio.

Pepsi Jamaica last raised prices at the end of December by a similar five per cent, "but we need to do more," he said.

The new expansion project is also budgeted at US$10 million (J$870m) and should be finalised in less than six months. The entire compound, which is stacked high with intimidating walls of crates at one end and trucks littering the complex at another section, will be transformed, Flamenco said, while insisting that the Financial Gleaner return at the end of the project to witness the new look.

Flamenco indicated that the expansions represented a correction of the neglect of Pepsi's soft drink market, which he suggested has an affinity for the brand as demonstrated by the reception to the new Pepsi Bubbla.

"The Jamaican market has been neglected; capacity was never revisited as a route of growth," he said. "The successful launch of Bubbla has proven that Pepsi is still popular."

The exclusive deal with PepsiCo- which essentially owns 18 per cent of PepsiAmericas while Cabcorp owns the other 82 per cent - limits the jobs that Pepsi Jamaica can take on at the plant, said Flamenco.

The bottling company, however, has experimented with co-branding arrangements, for example, with Juici Patties for Aqua Essential water sold throughout the fast food chain.

Soft drinks is Pepsi Jamaica's core business line and represents 75 per cent of sales. In the past two years, sales have averaged 6.8 million cases per annum, Flamenco told the Financial Gleaner, but says he now sees a path to hitting a target of 8.5 million cases this period.

The commercial director avoided comment on the revenue that Pepsi Jamaica makes and its profit margins - only that margins were not growing in tandem with volume sales - but was more open about the cost of doing business, and the experiments underway to reduce expenses.

The "hostile" operating environment "is pushing us to find ways of being efficient," he said. "It is hard to maintain profitability even though we are growing sales."

Pepsi Jamaica, for example, has saved eight per cent per bottle by reducing the neck of each bottle where the plastic was most dense by about four millimetres, and also made the bottle covers smaller to fit the new design. And one of its blow molders can now produce 36,000 bottles per hour, he said.

The company is also working with partner Red Stripe Jamaica on new ideas. Flamenco had nothing but praise for the Diageo-controlled company.

"We have been working on finding efficiencies; we work hand in hand," he said.

"Red Stripe is a fantastic company. We are two of Jamaica's largest brands working together - that's priceless!"

In relation to the supply chain, Flamenco said Pepsi Jamaica has little room to manoeuvre because most inputs are imported, including refined sugar and the "pre-forms" for the bottles. The pre-forms are now supplied by a Central American company called Plastiglas SA, which is related to the Cabcorp group, he said.

No timeline has been set for the energy project that Pepsi Jamaica plans to pursue, nor has the company determined whether it has any particular preference for a plant fired by either of the three fuel sources under consideration - LNG, coal or bunker.

"Right now, we are doing all the economic analyses to determine what to do in the longer run," Flamenco said.

The plant would allow Pepsi Jamaica to wean itself from the national grid operated by Jamaica Public Service Company, which supplies electricity at a cost of about 40 to 42 US cents per kilowatt hour.

The company's energy costs have shot up 25 per cent in the past few years. "It's too much," he said.

Pepsi Jamaica has not determined the energy model it will pursue, but Flamenco said despite its nationwide network the company is unlikely to consider wheeling as an option - which would have allowed the energy plant it develops to distribute or wheel electricity to its satellite operations via JPS' transmission lines. The majority of energy is consumed at the plant, he said.

Flamenco is an industrial engineer who has worked eight years with Cabcorp and its partner, beer company AmBev of Brazil.

He says he has worked in different parts of Central America, starting with AmBev in 2004, and that his last assignment before Jamaica was in his home country Guatemala where he was responsible for 25 per cent of production, and managed six distribution centres, and a fleet of 124 trucks.

In Jamaica, he manages four distribution centres, a fleet of 80-90 trucks and staff of 300, but the two operations produce similar volumes, he said.