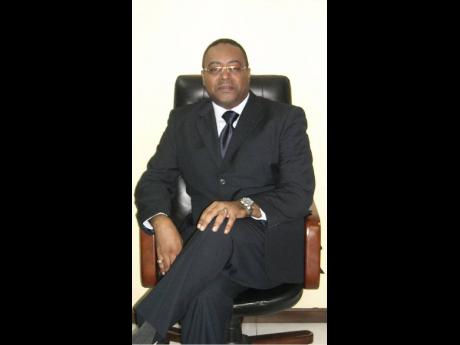 Neal and Massy and its partner will spend US$1.5 million (J$131m) in year one to set up their credit bureau subsidiary CRIF NM Credit Assure Limited, but says the full development of the newly licensed company will take 10 years to fully unfold.

The initial investment funded procurement of hardware and software, and "implementation of the strictest protection of data security and confidentiality," said Robert Gordon, general manager of CRIF NM.

He said treatment of the data and confidentiality issues are enforced by a code of conduct and independent controlling committee "in line with the credit bureau law and with Bank of Jamaica supervision".

CRIF NM is a joint-venture partnership of Neal and Massy Holdings Limited and CRIF, a global credit bureau company founded in 1988 with operations in parts of Europe and Asia, and now the Caribbean.

The cost to seed the Jamaican business, said Gordon, will be shared according to the equity stakes held in CRIF NM - 51 per cent Neal and Massy and 49 per cent from CRIF, an Italian company.

Gordon said the software has already been developed for the Jamaican company.

CRIF NM Credit Assure is the second to be awarded a credit bureau licence by the BOJ in a new market intended to generate a database and sell information on borrowers' credit history to lenders, as a means of managing credit risk and mitigate against fraud.

The first licensee was Creditinfo Jamaica, a partnership between Creditinfo Group of Iceland and two Jamaican investors.

Essentially, the system will centralise information on credit seekers in one location.

The bureaus cannot begin generating credit histories on individuals until they reach age 18.

And the law also requires that individuals must give written consent for credit bureaus to disclose their credit history.

Under the joint-venture agreement, Neal and Massy's majority 51 per cent stake in CRIF NM is held through local subsidiary Illuminat Jamaica.

Gordon forecasts that by year three of operation, the new credit bureau would be able to generate more than 400,000 applications for credit history reports.

Reports are priced per click, or each time the bureau's database is accessed. Gordon avoided direct comment on what CRIF NM will charge per click, saying there is no set fee and that banks will get big discounts based on volume.

In the US market which is volume driven, the cost per click for banks which make thousands of requests monthly is US$3, he said, while the cost to consumers who might buy one report a year is around US$10.

"There is no set price for consumer credit reports, they vary based on volumes. The US market has volumes in the hundreds of millions of enquiries per year," Gordon said.

CRIF NM is currently engaged in customising the software for the Jamaican operation, a process that involves a research and development team from CRIF and IT specialists from Illuminat, who will be installing the hardware, said Gordon.

CRIF NM will eventually have its own staff, including technical persons who will monitor the system and handle bank queries, all of whom will be Jamaicans, he said.

"Initially, all back office functions will be performed by Illuminat. CRIF NM staff will consist of customer service/front line staff, a technical team, a GM, along with a few administrators," Gordon said.

The company is also investing in the acquisition of premises from which to operate, which will be outfitted based on the guidelines and stipulations set out by of BOJ.

Touting CRIF's global track record, Gordon said the company's "25 years of experience in both starting up, operating and managing bureaus in different countries will be invaluable in ensuring the Jamaican market will receive a tested, functional, first-class, scalable and modular credit bureau...".

The portfolio monitoring product will allow lenders to target a specific demographic in the launching of a new product, for example, a credit card or any other directly marketed product.

Fraud prevention will arise from an ability to "profile certain demographics and flag any suspicious behaviour," Gordon said.

After the credit bureau is up and running, the next task is the development of software and, thereafter, the acquisition of data from "information providers", comprising financial institutions and other entities, including retailers that offer hire purchase, microfinance agencies, the tax department, Registrar General Department, and bankruptcy court, Gordon said.

The benefit for consumers, he said, is a reduction in the length of time it takes to process credit/loan applications, while for companies it is expected to reduce delinquency and late payments and consequently the stock of non-performing loans is expected to shrink over the medium to long term.

"We have not entered this market to put a flag in our shareholders' map, or simply sell data as a commodity and move on," said the GM. "We have built the Jamaican credit bureau business based on a 10-year business plan."

Neal and Massy Holdings is an 80-year-old conglomerate based in Trinidad, with businesses spread across the Caribbean, including Jamaica.