Asafa teams up with friends in new company 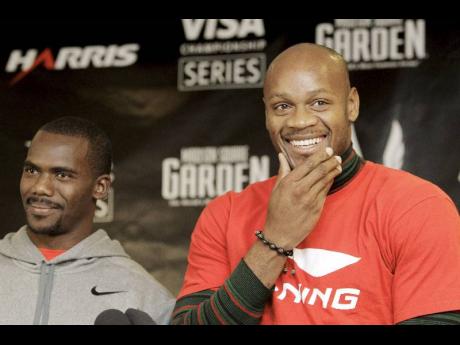 Asafa Powell has added a new line to his résumé - investor. - File

Asafa Powell has teamed up with his brother Nigel Powell to invest in a new online venture called IrieSocial, described as a digital marketplace where subscribers can get deals on purchases.

The idea for the company came from Garnette Rose. The partners say IrieSocial will be able to offer savings of 50 to 90 per cent, at the launch of the company on Wednesday in New Kingston.

Powell, who is an athlete, says the venture is an investment in future income beyond age 30, signaling that he sees his athletic career peaking at that point.

The company will be run by Rose as chief executive officer and Will Pate as chief operating officer.

The athlete said that he decided to come on board because he knows this is a good investment idea with potential for good returns.

"When Garnette brought the idea to me, I knew it was a good one. Because I know that track and field will not be forever, and I know I don't want my life to end at 30. I will need something to keep me going and I know that this is a good idea," Powell said. It appears, however, that Powell's assessment of the company was influenced by family.

"Once the family approves, that is it for me," he said, "plus Garnette is a former classmate from my old school - Charlemont High School," he said.

The size of Powell's investment in the company was not disclosed.

The start-up appears to be endowed with cash, however. It presented a cheque worth J$130,000 to a medical student at the launch.

"We had agreed that we would not make public how much he (Asafa) has put in the company and we are going to stick to that, but what I can tell you is that it is a substantial amount," Rose told the Financial Gleaner.

Rose said that the company will market/advertise products for free, but will collect a commission on sales made.

IrieSocial enters an online shopping market that has been expanding in the past five years.

But Rose said his business will have an edge because it intends to piggyback on Powell's celebrity status to pull customers to the site.

Rose admits it will not be easy to get the companies to advertise on the IrieSocial website but said he is planning to take "baby steps".

He remains confident that the concept will work.

"Number one, it is free and we are taking all the risk; we are doing all the advertising," he said.