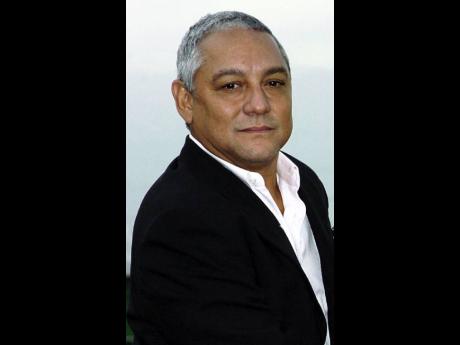 The proposal to triple rights fee paid to Caymanas Track Limited by betting shops is unresolved after a year.

But mediator of the impasse, the Ministry of Finance, is signalling progress, saying it has now communicated its position to bookmakers and state-owned CTL.

"The parties are now able to pursue an agreement," said the ministry in a brief comment from its communications unit on Tuesday, but declined to say what solution it has proposed.

The United Bookmakers Association say the rights fee atop the 16.5 per cent gross profit tax imposed on the industry extracts too much of their financial resources.

The fee was last revised to 3.5 per cent of bets placed through bookmakers, and now CTL, the operator of the Caymanas Park racing track, says it plans to up that to 10 per cent.

But the bookmakers counters that it should be cut to two per cent.

The Financial Gleaner, however, has obtained correspondence issued by Finance Minister Dr Peter Phillips, indicating that the ministry's proposal is for a staggered increase of the rights fee: six per cent for 2011; seven per cent for 2012; eight per cent for 2013; and nine per cent in 2014 - a position the bookmakers have rejected as unworkable.

The proposal appears to have made them more militant, having suspended the selling of local horse race bets.

The decision was made at an emergency meeting on Wednesday where the six bookmakers met and to discuss the Government's response to the rights fee dispute, said president of the United Bookmakers Association, Xavier Chin.

He said the bookmakers plan to stay away from local racing until the Government agrees to meet with them and "sort out the matter".

"We cannot afford to pay a penny more. When we were paying them the five per cent we were literally not making any money so we really don't have much to lose now by staying away from local racing," he told the Financial Gleaner.

The rights fees, which helps to fund the operations of CTL, began initially as a 0.5 per cent charge against bookmakers' sales. It has already increased at least three times over 16 years.

The bookmakers are currently required to pay five per cent as a compromise until the Ministry of Finance - which has portfolio responsibility for CTL - can settle the differences between the bookmakers and CTL.

Xavier Chin, president of the United Bookmakers Association, says the way CTL operates generally punishes bookmakers, the six of which place about J$4 million to J$5 million of bets per race day.

The six bookmakers together, Chin said, will likely pay out J$20 million in rights fees alone this year.

"Every time they find they are not efficient they increase the rights fees," he said of CTL.

"They want to increase the rights fees to 10 per cent now. If they increase the fees again we definitely won't be able to pay that," said Chin, who is also CEO of Track Price Plus Limited.

Howard Hamilton, president of the Thoroughbred Owners and Breeder Association and former chairman of Caymanas Track Limited, acknowledges the benefits that a national distribution network of betting shops provide for the sport of horse racing, but was dismissive of the complaints about the fee increase.

Hamilton said the bookmakers are not paying enough.

"The rights fees, most of them are not paying it, and it is too low. They need to pay more because they can't expect to take all the cream from the top," he said.

Financial information on CTL published by the finance ministry shows the horse racing company mostly reporting profits, but was estimated to have made a loss of J$32 million last year ending March 2011. It previously reported a loss in 2007/08. For FY 2011, CTL is projected to make a profit of J$10 million.

The 10 per cent fee has been the subject of a one-year fight. It was proposed in March 2011, with a proposed effective date of April 1, 2011, but is yet to be implemented.

Betting shop owners have buffered their position against the fee with the June 2011 findings of a position paper done by the Kingston office of Deloitte Touche Tohmatsu, which the United Bookmakers commissioned.

Called the Position Paper on Proposal to Introduce a Tote Monopoly and/or Increase CTL Rights Fee to five per cent of Gross Local Sales, the document asserts that the sector was already heavily taxed. It did not argue for a reduction in the taxes, but instead recommended that the rights fees be set at two per cent of total bets placed with CTL.

"The whole problem is that the overall industry is overtaxed. This is what is making all our businesses go under. We just cannot pay it," said Chin.