Panama: 'If you build it, they will come' 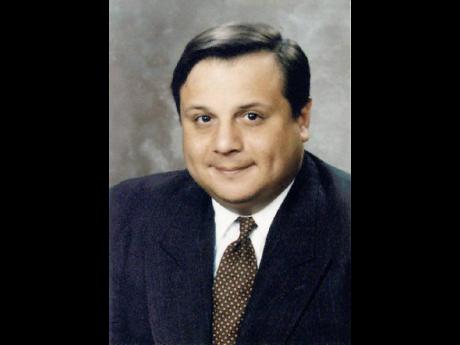 These were the famous words whispered by the ghost of Shoeless Joe Jackson in The Field of Dreams.

Ray Kinsella, played by Kevin Costner, literally bets the family farm to build a baseball diamond in the middle of a cornfield in rural Iowa, bringing his family to the brink of ruin.

Fortunately, in true Hollywood style, the ghost's advice pays off and droves of tourists miraculously arrive at the last second, saving the struggling farmer from bankruptcy.

In a similar way, Panama is betting the family farm to build an improbable megapolis of glass and steel out of steamy swamplands in the hope that it will become the Singapore of Latin America.

A dozen families, who once operated wholesale businesses in the free zone, are now the construction magnates who are driving the modernisation of the Panamanian skyline. Over the next three years, office space will almost double—taking it to 1.4 million square metres from 800,000 square metres.

At the same time, the number of hotel rooms will grow even more.

One hotel alone will soon add 1,600 rooms of new inventory into a market where the hotel occupancy rate is hovering slightly above 50 per cent.

Almost every single major international brand is queuing up to attend the Panamanian market. It's true that the Panamanian economy is booming. Panama's GDP growth rate was 10.6 per cent y/y in 2011, making it the fastest-growing economy in the Western Hemisphere.

A glance at the skyscraper skeletons that are rising out of the mist confirms the heady pace of economic activity. In addition to new commercial and high-end residential projects, billions of dollars are literally being poured into the construction of canal locks, transportation systems and highway corridors.

New tract housing is also spreading like wildfire, north and south of the city, as the lower classes take advantage of generous credit facilities to modernise their dwelling conditions.

Although much of the infrastructure investment is being funded from abroad, the local banks are providing the heavy lifting for the residential and commercial projects. Fortunately, the banks are flush with cash.

The diaspora of Venezuelans who arrived during the past decade, fleeing Chávez's oppressive style, injected a great deal of liquidity into the Panamanian banking system.

Likewise, many Latin Americans decided to repatriate their money after the Lehman and Madoff debacles when they lost confidence in the foreign banks.

This left the Panamanian financial system with a treasure trove of liquidity and nowhere to invest. Therefore, as is usually the case in liquidity bubbles, the capital made its way into the local construction sector—a true harbinger of what is to come.

Good infrastructure is the hallmark of any well-developed society. London, New York and Paris became global cities in great part to their decisions to modernise their infrastructure.

Recently, Shanghai, Singapore and Santiago were able to accelerate their pace of economic development by channelling more resources into infrastructure investment. However, new highways and innovatively designed skyscrapers are not sufficient conditions to ensure economic development. The most important part of the developmental process is the human component.

The modernisation of infrastructure is only interesting in the way that it can boost productivity, by allowing more output through less labour input.

In essence, allowing wages to increase. The problem with Panama is that it ranks among the worst education systems in the world, trailing most of Sub-Saharan Africa. Panama's skilled labour pool is thin, at best.

This is the reason why it was forced to import so many skilled workers to build the new sets of locks. It lacked the engineers, architects and designers needed to do the mega-project. The same goes with the construction of residential and commercial buildings.

A tidal wave of Colombian professionals arrived to fill the gap. Fortunately, much of the influx of Venezuelans who arrived during the last decade were skilled professionals and they were able to supplant the local labour pool.

Nevertheless, the looming demise of President Hugo Chávez means that many of these families will eventually decamp for Caracas and other Venezuelan cities, draining Panama of a very dynamic component of the labour market.

Unfortunately, nothing is being done to modernise the local workforce. The topic is too politically sensitive and President Ricardo Martinelli has enough on his plate to deal with combative labour unions.

In the meantime, Panama continues to double down—building grander structures as monuments to the liquidity that swamps its financial sector. The question is, once 'it' is built, will they come? Probably not.