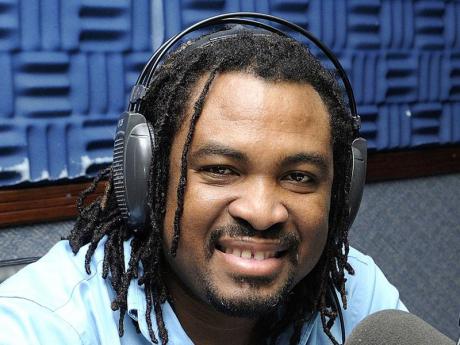 "I wish to advise that as of today, May 2nd, 2012, I have written to Somerset CC and advised them that I will not be honouring my commitment I made to them when I signed a contract with them for the 2012 Friends Provident Championship.

" ... I look forward to once again putting on the maroon, and resuming my international career and my service to West Indies cricket."

It has come full circle. Hopefully, the dust has now completely settled on the Chris Gayle saga. Hopefully, West Indies cricket will never have to see anything like this again.

I have been interested in this story not merely from a journalist's perspective. In many ways, I have been personally intertwined in this story. When I conducted that interview with Chris approximately a year ago, I don't think any of us realised, at the time, the impact down the road. I don't think anyone would accuse me of blowing my trumpet when I say that that interview created more waves, and had more far-reaching effects, than any other sports interview in modern Jamaican history. I was both praised and pilloried.

The relationship between players and the board had reached an all-time low. The board was failing miserably at addressing the issues affecting the players, and West Indies Players'Association's remarkable record against the West Indies Cricket Board (WICB) was proof of that. T20 cricket around the world had come and given players a new arena to ply their trade, and with that had come greater earning capacity.

Chris Gayle happened to be one of the most-sought-after players in this exciting new format. With greater financial security came increased willingness to speak out. Other West Indian cricketers had griped about the treatment of the WICB before, but none as passionately, and certainly none during the height of their playing days.

Chris could do this because he knew that if 'worst came to worst', T20 cricket means he would still be able to enjoy a good livelihood from the game. This luxury was something his predecessors never enjoyed, so they suffered in silence.

'Stand up for your rights'

Add to that, Chris is a Jamaican, and if nothing else, Jamaicans are known to speak up for what they believe is right. It can't be coincidence that arguably the two most famous Jamaicans of all time, Bob Marley and Marcus Garvey, (only Bolt could be mentioned in the same breath), became world famous for encouraging people never to be shrinking violets; never to see themselves as being subservient; to demand what is rightfully theirs, or as Bob sung, "Stand up for your rights."

So Chris Gayle did, in essence, what he had to do, in a way, what any Jamaican would do.

Chris, subsconsciously or otherwise, preferred to die on the "yonder gallows" of isolation, rather than live in the kind of backra massa slavery mentality that the board had wanted to impose on players. Other Jamaicans would have spoken in more modulated tones, and been more diplomatic, but very few Jamaicans I know take perceived injustice lying down.

A lot of what Chris said needed to be said. Somebody needed to tell the emperor that he was naked! His interview cost him a year away from the international game, but it gave the average West Indian fan an insight into the way players are feeling. Governments, who had long turned a blind eye to West Indies cricket, were forced to get involved. After that interview, the average man would stop me in the streets and say, "A dem tings deh a gwaan?"

Some things have to get worse before they get better. The yearlong isolation of Chris Gayle from the West Indies team may have been one small step for Chris, but it may well prove to be a giant leap for West Indies cricket.