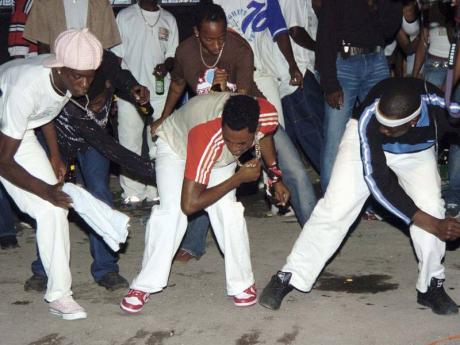 Many party people are expected to turn out for the Impulse party at Port Henderson Plaza, Portmore, St Catherine. - file photos

Promoter and businessman Lloyd Black has launched his weekly event Impulse Fridays at Port Henderson Plaza in Portmore, St Catherine. Tonight marks the third staging and Black is upbeat. "This is the third week of the event and the turnout has been excellent. It only looks to get better as time progresses," he said.

Black said Impulse Fridays fills a void. "It is a Friday-night thing and we need something that people can attend, and we believe that this event is the most affordable event that people can find," he said.

Impulse Fridays is expected to attract persons ranging from age 18-40 years old. However, Black says all are welcome - with one stipulation. "The target is young people, just about anybody who wants to have a good time, but definitely 18 and over," Black said.

The party is sponsored by Impulse energy drink and will feature the blissful Impulse girls, alongside the Pepper and Hot and Spicy girls. Impulse energy drink will also offer special deals, including a mixed drink deal of $600, after patrons pay an admission fee of $200.

There is also a drink-inclusive deal for patrons, where they can pay $800 at the gate and drink mixed liquor free all night. The musical juggling will be delivered by DJ Kevin and DJ Flava Wayne as the party runs from 10 p.m to 4 a.m.

Black said that his team is currently doing a street promotion in an effort to inform more persons about the event, and he related that the feedback has been good.

"This event is very impressive because we have gone overboard to make sure that we deliver quality entertainment. We have 100 per cent security and good parking. It is guaranteed that you will have a good time," he said.

As time progresses, the party will feature a pool-party edition, as well as dress-coded themes. "At this week's staging, DJ Flava Wayne will announce our next theme, so patrons will know what to expect," Black said.