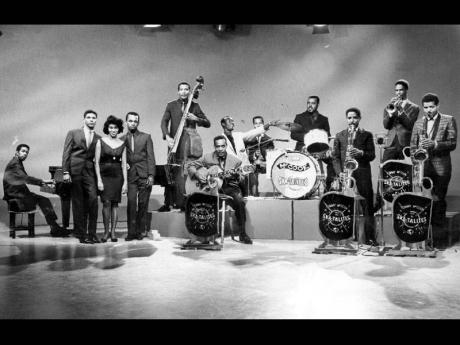 The Skatalites in earlier years, with Lloyd Brevett (fifth left) with the upright bass. 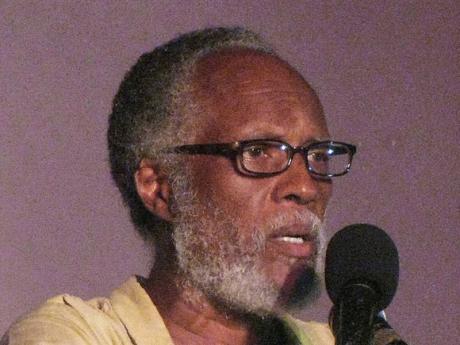 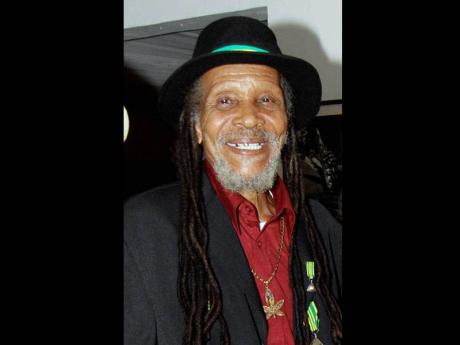 The Skatalites lost yet another founding member, with Lloyd Brevett's passing yesterday morning at the Andrews Memorial Hospital in St Andrew. Brevett was 80 years old.

His passing leaves Lester Sterling, trumpet and saxophone player, as the lone surviving founding member of The Skatalites.

The rastafarian double bassist who produced two Skatalites albums, African Roots and The Legendary Skatalites, is hailed by many as one of the foundation bassists of Jamaican music.

"He was the pulse of the whole ska movement and his approach to playing was a very unprecedented approach. He is one of the persons who are responsible for keeping that solid rock foundation alive," said Jamaica Music Museum director Herbie Miller, who knew Brevett for almost 30 years.

Miller went on to say that although Brevett was inactive for some time because of illness, the music that he has created over the past 50 years will remain in the history books of Jamaican music.

He compared his influence on Jamaican music to that which American jazz trumpeter and singer Louis Armstrong had on the jazz genre.

"His music from the late '50s to '60s is going nowhere, and we'll always have that as a reference to go back to. The sad part is that we won't have him. His contribution to our music is like that of Louis Armstrong's to jazz. It is the foundation laid ... one which has and is still signalling the direction of our music, that signature baseline that is now part of our rhythms and popular music," said Miller.

Current keyboardist and manager of The Skatalites band, Ken Stewart, also spoke with The Gleaner about Brevett's passing and the effect that it has had on the group.

"Mr Brevett hasn't been doing well, especially after the murder of his son. We're all deeply saddened by the news of his passing. He hadn't been playing for a while but we were all very much in contact with him and we're all just saddened," he said.

The icon's son, Okeene Brevett, was killed on February 26 after collecting an award on his father's behalf at the Jamaica Reggae Industry Association Awards which was held at Emancipation Park.

Two years ago, Lloyd Brevett was the recipient of the Silver Musgrave Medal for his contribution to music. In October 2001, he was bestowed with the Order of Distinction, Jamaica's fifth-highest honour.