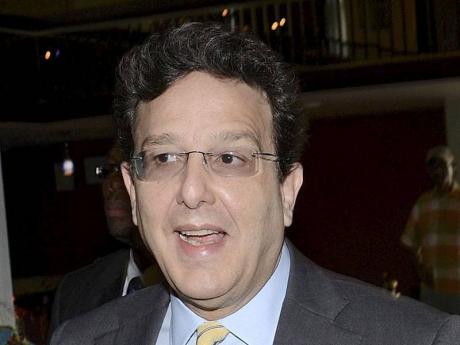 The Joseph Matalon-led Private Sector Working Group (PSWG) is insisting that it is not against the welfare of the poor and that was never the objective of its tax-reform proposals.

The PSWG found itself on the defensive yesterday after one economist labelled the decision of a special parliamentary committee to recommend that several items remain exempt from the general consumption tax (GCT) as a "victory for the poor".

The special tax committee of Parliament, chaired by Finance Minister Dr Peter Phillips, indicated in a draft report that it will recommend to the House of Representatives that some items, including basic foods, remain exempt from GCT.

Economist Joseph Cox, who is opposed to the PSWG's tax-reform proposals which called for the removal of GCT exemptions on items such as basic foods, said had the Government gone along with the proposal, "it would have increased the misery on the most vulnerable".

But responding to the criticism yesterday, Matalon said it was "regrettable" that the PSWG's call for the removal of GCT exemption on some items was being used to "unfortunately" characterise its proposal as opposed to the welfare of the poor.

"We have consistently stated that were the removal of GCT exemptions to stand alone, such a measure would undoubtedly cause hardship and that is not our objective," said Matalon, who is also president of the Private Sector Organisation of Jamaica (PSOJ).

He added: "The PSWG has made it equally clear that the removal of GCT exemptions cannot be implemented without the simultaneous broadening and deepening of our social safety net in order to protect the most vulnerable."

Matalon noted that the group has not yet seen the details of the report by the special tax committee, but said it appears that "many elements" of its proposal had found favour with the committee.

"Of particular interest is the adoption of the many administrative measures set out in our proposals which would strengthen the capacity to ensure compliance through simplifying the system and making it more efficient," he explained.

The PSWG chairman said he acknowledged that the report was not the final step, but called it "a decisive one in the process of bringing changes to the taxation system that are absolutely necessary at this critical juncture in our country's development".

Going forward, he said the PSWG was now expecting a clear signal from the Ministry of Finance on the process to ensure that the country addresses the "serious and grave economic challenges definitively, fairly and with compassion".

He said: "The PSWG is convinced that Jamaica has run out of options to stave off the hard choices that face us. We look forward to the Government's clear communication on the trade-offs we must face as we seek to put Jamaica first," he said.