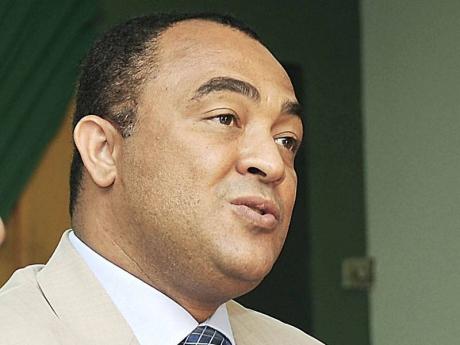 NEWLY APPOINTED Executive Director of the Caribbean Policy Research Institute (CaPRI), Dr Christopher Tufton, has indicated that extensive research on modern insolvency laws will be pursued as a priority item under his watch.

The opposition senator told The Gleaner yesterday that he had asked the economic policy think tank to conduct the research when he held the position of industry and investment minister.

Tufton argued that if modern insolvency laws had been enacted in Jamaica in the 1990s, they could have reduced or avoided the impact of the financial-sector meltdown which led to the creation of the Financial Sector Adjustment Company Limited (FINSAC).

More than 40 financial institutions collapsed during the 1990s and thousands of businesses folded.

Tufton said his role would be concentrated in the area of advocacy, while his predecessor Dr Damien King, who maintains a senior position at CaPRI, would continue to drive critical research efforts.

To be announced tuesday

An official announcement on Tufton's appointment will be made by the board of CaPRI next Tuesday.

"CaPRI has credibility and has been able to direct its work to particular stakeholders of influence and got those stakeholders to buy into its work," the new CaPRI head noted.

"Information to the general public is also a critical mandate of CaPRI and part of my mandate is to drive that process," he added.

Tufton will make his first presentation as head of CaPRI next Tuesday at a forum which will focus on the scrap-metal industry.

The research body is currently doing work in a number of areas such as health care, poverty and education.

Based at the Mona School of Business in St Andrew, CaPRI is seeking to expand its research agenda to include topics that have relevant and applied implications to policy at both the political and corporate governance levels.