Showdown of the stars 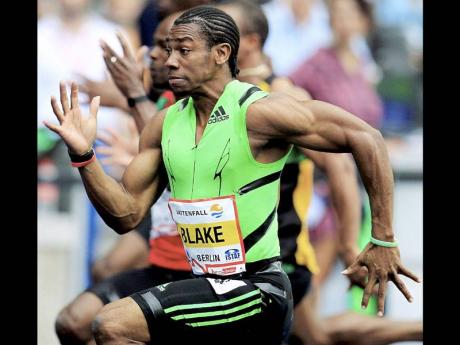 With the Olympic Games in London less than 100 days away, this weekend's JN Jamaica Invitational meet will serve as an early marker for some of the world's top track-and-field talent, as the Jamaica vs United States of America (USA) sprint rivalry will once again play out in front of local fans.

Once regarded as the dominant force in global sprinting, the Americans have seen their grip on the sport's marquee events slip away in recent years, as the Jamaicans, led by the likes of Usain Bolt, Veronica Campbell-Brown, Asafa Powell, Yohan Blake and Shelly-Ann Fraser-Pryce, have been making a habit of claiming sprinting titles at major championships.

"Bolt, a triple gold medallist and world record holder from the last Olympic Games in Beijing, China, four years ago, will be looking to show that he has truly put behind him the disappointment of last year's IAAF World Championships 100m disqualification when he lines up in the 100m on Saturday.

Bolt will have compatriot Nesta Carter - a silver medallist at the indoor world championships and a key member of Jamaica's two 4x100m world record teams - for company.

Jamaica's latest sprinting star Blake, the 100m world champion, and Powell will come face to face for the first time in a 200m, while American world champion Carmelita Jeter will try to claim another win on Jamaican soil against Jamaicans Sherone Simpson and Kerron Stewart - co-silver medallists in Beijing.

National record holder at the 110m hurdles Dwight Thomas will look to defend home turf against Aries Meritt and Antwon Hicks while national 400m champion Leford Green and Josef Robertson will have their hands full against American Bershawn Jackson.

In the 200m, Fraser-Pryce, the Olympic champion over 100m, will face Shalonda Solomon, who ended 2011 as the fastest woman in the event.

Leon Mitchell, assistant general manager - group marketing, sales and promotion at title sponsor JN, underlined the Jamaicans' dominance and underscored the importance of this year's meet which, after last year's promotion, is now a certified IAAF World Challenge meet, leaving it one step away from the lucrative IAAF Diamond League status.

"We have much to celebrate in 2012 as, since the last Olympic Games in Beijing in 2008, our track-and-field athletes have continued to display their world-class dominance in arenas around the world," Mitchell said.

"Our brilliant performances at the World Championships in Daegu last year is testimony to what we have been able to accomplish with Jamaica placing fourth on the final medal table and our athletes bringing home nine medals."

Mitchell added: "In less than 100 days, the eyes of track-and-field enthusiasts will be focused on our athletes, from their entry into the opening ceremony to the last events and from recent performances of key competitors, it is clear that we are in for a hell of a meet."