Jericho to tear down the walls of crime 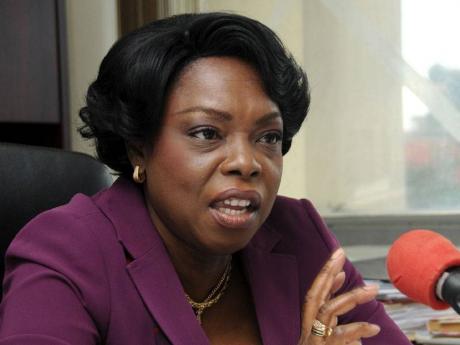 "I want you now to look at the things you are doing that make crime flourish and ask yourself if you are creating an inviting environment for crime, what can we do to change that, so we get the kind of behaviour so that the other 7,000-odd communities across Jamaica can look at Jericho as a model and ask how did they do it," said Grant.

She was speaking at the joint launch ceremony of the Jericho Neighbourhood Watch and Police Youth Club at the Jericho Baptist Church on the outskirts of Linstead in St Catherine on Sunday.

She cited the integration of positive initiatives and commitment as key components to the survival of Jericho Neighbourhood Watch, first launched on April 28, 1996, but disintegrated.

"A community will never be beautiful or wonderful if crime continues to exist, and the only way we are going to eradicate this scourge of crime that is affecting all of us is when the entire community is mobilised," said Dobney.

According to Dobney, neighbourhood watches, first established in 1987, are no longer in the business of watching.

"The neighbourhood watch is about ensuing that the community owns its space and say to the criminals among us, there is no place in Jericho for you because the people of Jericho have decided to own their community," he declared.

There are 85 neighbourhood watches in North St Catherine, the police division in which Jericho falls.