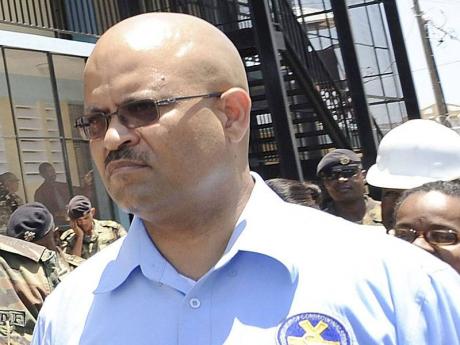 THE PROBE into the staging of an alcohol and marijuana-laced party for high-risk inmates at one of the country's maximum security prisons has already led to the dismissal of one corrections officer, even before it is completed.

Commissioner of Corrections Lieutenant Colonel Sean Prendergast said he was satisfied that the Department of Corrections had enough evidence to support the dismissal of the 'junior' corrections officer, and indicated that there could be more fallout from the embarrassing security breach.

'Even on the face of the first couple of statements and his (the dismissed corrections officer's) responses to them, we had enough for the (Public) Service Commis-sion to act," Prendergast told The Gleaner yesterday.

"But my view is that it could not have been the actions of one member of staff, so we are trying to see how wide it went and to get the evidence upon which to act," added Prendergast, who heads the Department of Correctional Services (DCS).

It is still not clear how many prisoners and corrections officers were implicated, but Prendergast said the lead investigator has already indicated to him that he is "almost finished".

He added: "As soon as we get the investigation in hand I will be able to say something concrete."

A Sunday Gleaner exposé in February revealed that the party, which was held on or about December 27 last year, featured prisoners dressed in designer clothes, chatting on cellphones while sipping on high-end alcohol and puffing what appeared to be 'ganja spliffs'.

According to one informant, the festivities were captured in more than 100 photographs that were allegedly taken by a corrections officer.

In January, a prison brass stumbled upon 121 pictures that, according to Prendergast, were left at a photolab to be processed by a correctional officer.

The photographs were discovered by a senior DCS employee who went to the photo lab to conduct personal business, when he overheard an employee there complaining that a corrections officer had left them there, but was refusing to pay for them.

"What these photographs showed is that they were allowed to keep things well beyond what we would think is sensible and what would be required for an inmate who is doing time," Prendergast said after viewing the pictures.