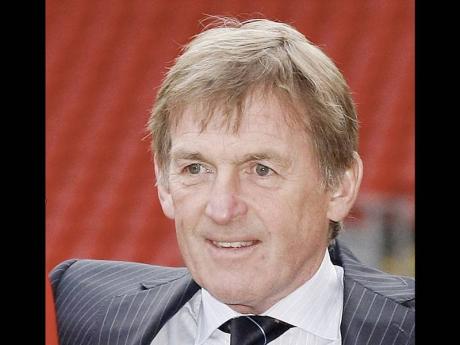 While the cup has arguably been relegated to the status of a sideshow by the Premier League and its offer of Champions League qualification, Dalglish still says there is glory in winning football's oldest competition.

"There is an obsession with the Premier League simply because of what it holds for every club and the value financially for every club - the rewards you get for finishing in the top four and getting in the Champions League," Dalglish said. "But there is a satisfaction from winning a cup competition which you don't get from finishing fifth or sixth in the league.

"We have already tasted a cup final this year and getting to the FA Cup final should never be underestimated in any way."

Liverpool won February's League Cup in a shoot-out against Cardiff, clinching their first title since the 2006 FA Cup.

Highlight of the season

Dalglish, who won the FA Cup as both a player and manager during his initial 14-year stint with Liverpool, still views the cup final as one of the highlights of the season - even though it has been moved from its traditional slot as England's season-ending showpiece.

The penultimate round of Premier League is also scheduled for this weekend, with the final matches set for Sunday, May 13.

Liverpool and Chelsea meet in the Premier League on Tuesday in a match originally set for the weekend of the cup final.

"It is a fantastic day out for everyone and is great reward for the efforts and commitment of the players and the respect we have paid to the competition," Dalglish said. "We think we deserve to be there and we are happy to be there."

Liverpool captain Steven Gerrard agreed with his coach. Although Liverpool have no chance of qualifying for the Champions League and are languishing in eighth place - behind local rivals Everton - Gerrard said that Liverpool can still be proud.

"It is a successful season," Gerrard said. "This club is all about winning big trophies and the FA Cup certainly comes under that. We will assess the season after the weekend. If we can look back and say 'we have won two cups,' we will be happy."

Dalglish may be hoping Chelsea's players are distracted by the team's Champions League final against Bayern Munich on May 19.

Chelsea have dominated the FA Cup in recent years, winning it three times in the past five seasons, but it's main priority is to win the Champions League - especially after Wednesday's 2-0 home defeat against Newcastle effectively ended its challenge for a top-four place.

"We'll regroup and pick them up. We've got a big game, a great final, on Saturday and we'll go again. We'll look forward to the FA Cup final. It's a great event and the motivation is going to be there."