All set for INSPORTS Swizzzle Champs 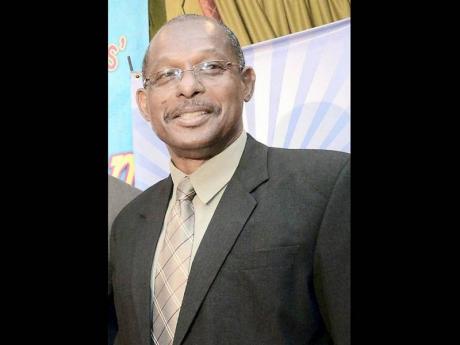 Sponsor Seprod Limited has increased its contribution towards the staging of this year's Institute of Sports (INSPORTS)/Swizzzle All-Island Primary Athletics Championships.

Carl Domville, chief operating officer of Seprod, which is sponsoring the championships for the third consecutive year, presented his company's cheque to INSPORTS's chairman, Donald Anderson, during a press launch at the Terra Nova Hotel in St Andrew yesterday.

"We have a number of outreach programmes, and this is one of them," said Domville. "We have contributed to communities, churches, and we also contributed to a mathematics competition in the schools. What we are trying to do is to encourage people to do well in academics," he said.

Domville added that his company plans to extend its sponsorship of the meet because it has brought a lot of benefits and exposure over the years.

"The competition is going to be quite intensive because from what I heard, Naggo Head are coming again to defend their title, and there are others who feel that they can dethrone them," Domville said.

The final day of this year's championships will be broadcast live on a local television station for the first time in the history of the meet. This year's meet, which will run from May 9-12 at the National Stadium, is expected to attract more than 3,200 athletes from 74 schools. The competition is slated to commence at 10 a.m. on the opening day and 9 a.m. on the remaining three days.

Ian Andrews, administrative director of INSPORTS, was clearly delighted with the continued support.

"I am elated and overwhelmed," said Andrews. "This is just underlining the fact that we have a quality product at the Institute of Sports. We have had a number of sponsors for several other events over the past three years and it is just a matter of continuing this process," he said.

Andrews added: "This year's championships is going to be very exciting because last year we had some great performances, and to add to this, the events are going to be televised live on the final day, which is the first in the history of this championships."

Meanwhile, Floyd Coke, coach of defending champions Naggo Head, who will be seeking a record fourth consecutive hold on the trophy, said his team will be aiming for a comprehensive victory.

"We are very confident of victory," said Coke. "We have had two track meets and we have topped those by quite some distance, and so we are confident that we can repeat."