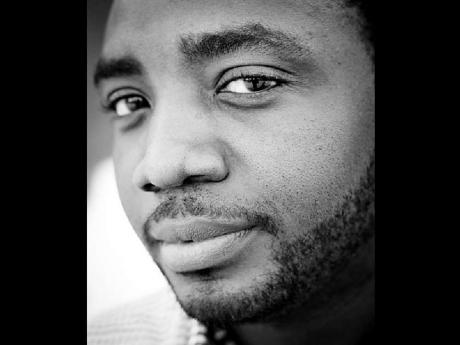 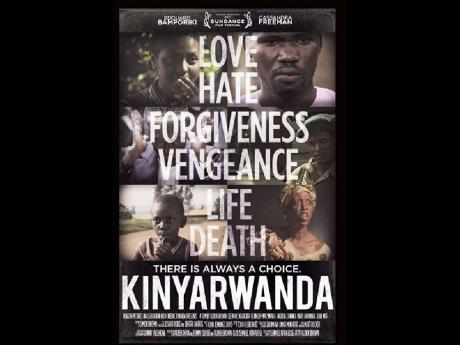 Kingston-born filmmaker Alrick Brown has come to Jamaica to tell the story of how the feature film he wrote and directed, Kinyarwanda, made it to the big screen and went on to win the prestigious World Cinema Audience Award at the 2011 Sundance Film Festival.

Kinyarwanda is based on true accounts from survivors of the 1994 Rwandan genocide and weaves together six interconnected tales of life and human resilience. Young lovers, a young child, a married couple, soldiers, an Imam and a priest are all swept up by the chaos around them. They are Tutsis and Hutus, Muslims and Christians, but all are Rwandans.

Kinyarwanda will be shown at Red Bones Blues Café on Saturday at 7 p.m. and all are invited.

"They say you can never go home again. Well, Calabash Trust is proving them wrong. It is an honour and a privilege to return to my land of birth and share my work with friends, family and a new Caribbean audience. If I ever wanted a people to be proud of the work that I do, it is the Jamaican people. Jamaica is my root and my strength. I wanted this opportunity to visit, to share my work and to have dialogue with a Jamaican audience so badly, because I have plans of shooting films in Jamaica and working with Jamaican talent in upcoming projects," said Brown.

Brown found his calling after visiting the slave castle of Elmina, in Ghana.

For more than two years, he served as a Peace Corps Volunteer in Cote d'Ivoire. The interactions with the people of his village and his overall experiences in West Africa informed his creative expression, an expression first fostered by his birth in Jamaica and migration to and upbringing in New Jersey, United States.

Since then, Alrick's work has been described as "cinematic archaeology" because of his vision to unearth stories that otherwise would not be told.

"I left Jamaica when I was around five years old. My mother came to the States and then sent for my siblings and I when she could afford to. Without her I wouldn't have this amazing life. Her sacrifices have made me who I am.

"I was in the Peace Corps when I applied to NYU Film School, and prior to that I had no film training. I had lived, travelled and studied but NYU gave me the tools I needed to tell my stories."

Named one of Filmmaker Magazine's 25 New Faces to Watch in 2011, Brown is an awardwinning writer, director and producer. His films have screened in over 60 festivals worldwide, earning numerous awards and honours. Among them is the HBO Life Through Your Lens Emerging Filmmaker Award for the critically acclaimed documentary Death of Two Sons, which he produced.

Now at the helm of his own firm, Visigoth Pictures, Brown's commitment to the art of storytelling is just beginning. Later this year, he is set to direct Somebody to Love, which was recently accepted into Tribeca All Access, and he is co-writing and producing Treble, an Independent Filmmaker Project 2011 Emerging Narrative Honouree.

Beyond film, he recently made his small-screen debut, directing an episode of ABC's Final Witness. The series will air in the summer.

Along with the Calabash Trust, the Jamaica Film Producers Association and JAMPRO Film Office will be supporting an all-day 'Workchat' which Brown will be conducting. Free and open to all interested storytellers and film-makers, this workshop will be held at the JAMPRO meeting room today from 9 a.m.-4 p.m.

Brown's visit is made possible by the Jamaica Tourist Board, Spanish Court Hotel and JetBlue Airlines.